Keep on keepin’ on, little one 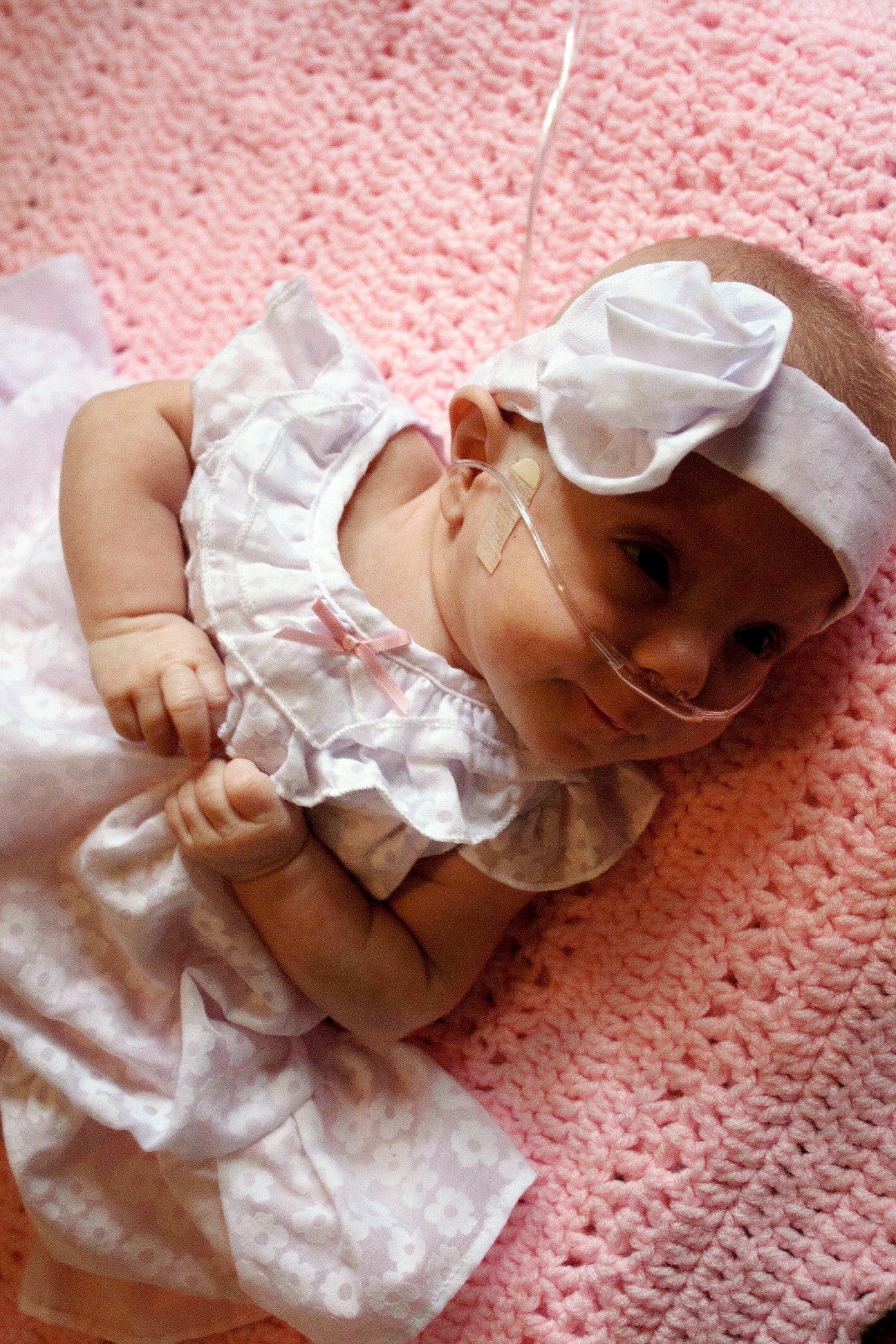 This week we had a developmental pediatric appointment and her First Steps intake at-home appointment.  Both went great. 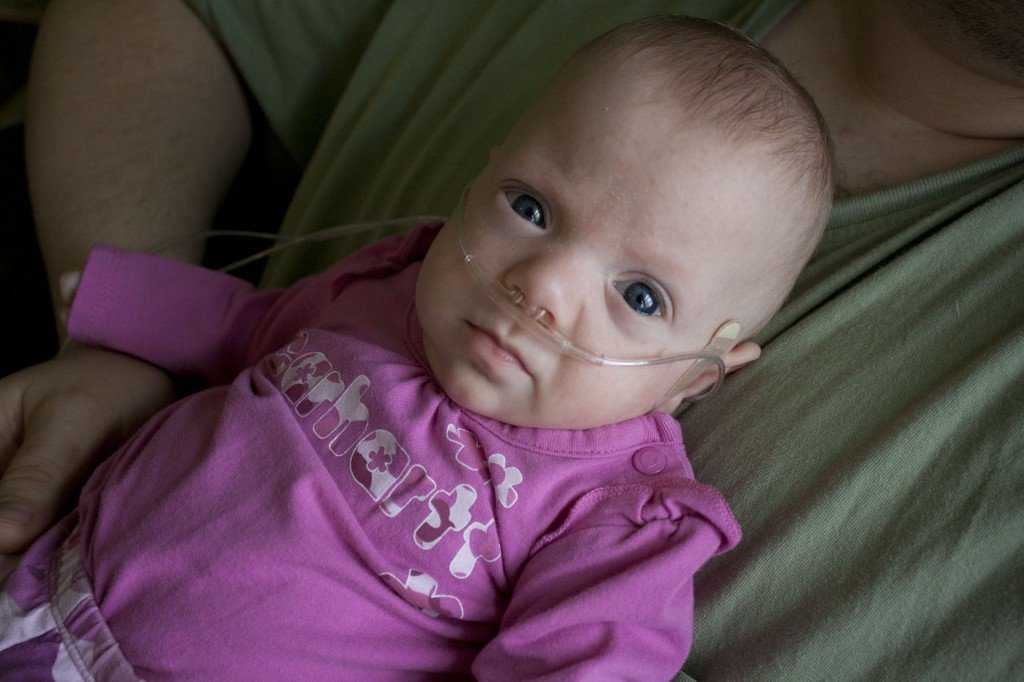 They looked at Coraline to see how she measures up to other 2 month olds (even though she’s actually 5 months), and turns out she is pretty on track.  She has discovered playing with her own hands.  It’s pretty cute.  She looks very nervous with the hand-wringing.  She tracks with her eyes really well, and I swear she actually smiled at one of her toys the other day.  A real smile!

Both developmental and First Steps said there was no need for any immediate follow up.  So we’re doing great!  The next big appointment in May will be pulmonologist.  This is the big one.  They have to decide whether they think she’s doing well enough to get moved down to a lower flow of oxygen.  This kid is getting really good at knocking her cannula out of her nose.  The new thing is pushing it down into her mouth!  So that’s nice.  We’re hoping her time on oxygen is short.  But hey, if she needs it, then she needs it.

Coraline has so many cute outfits and very few opportunities to wear them out.  So we have decided that once a week we will have photo shoot times in a new cute outfit.  Here are some of this week’s winners. 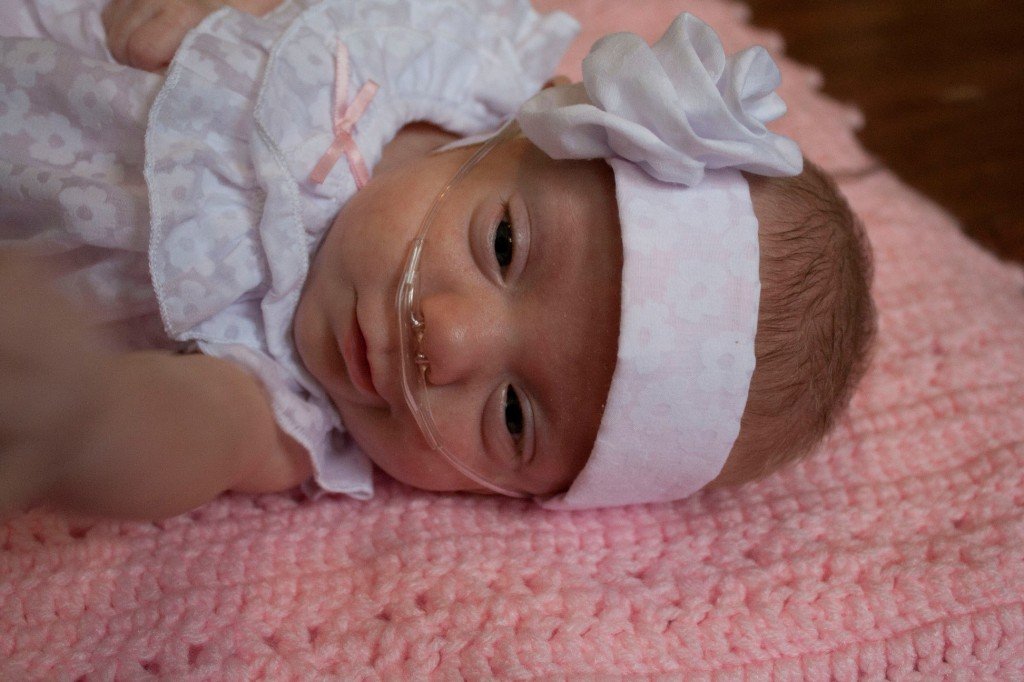 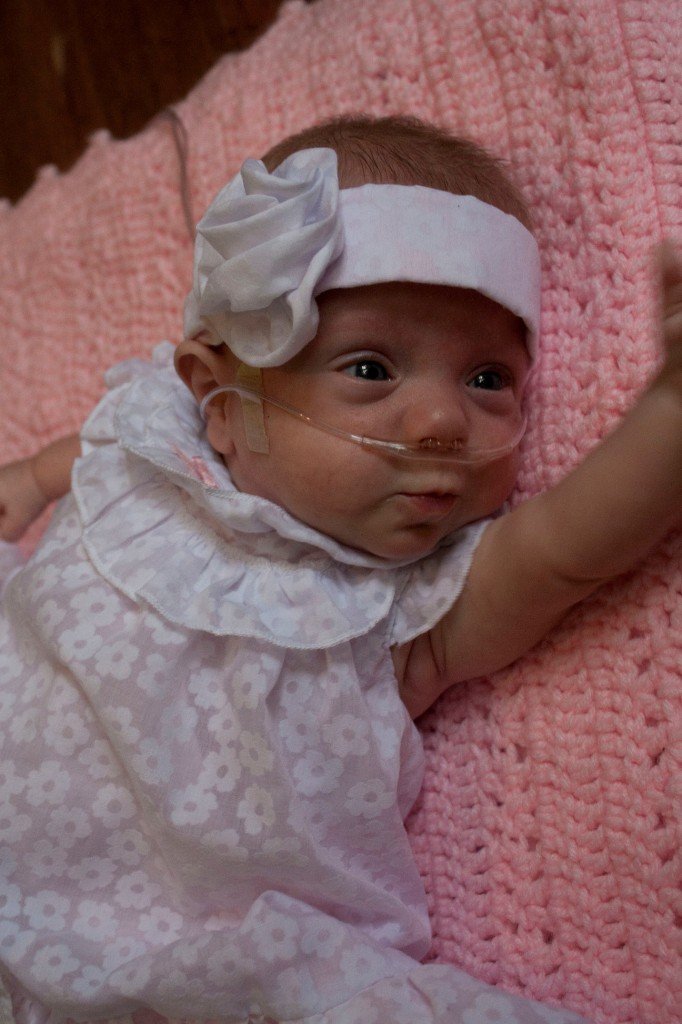 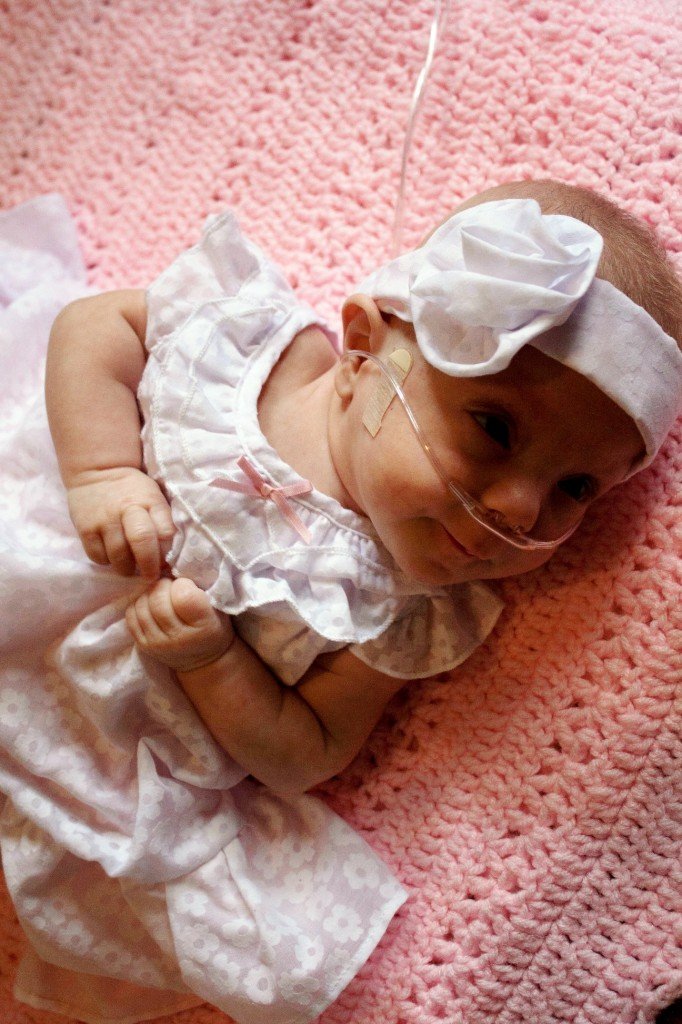 And you can’t even see where she spit up her green vitamin-y milk all over herself.  Woot!