It’s a Small World (After All) 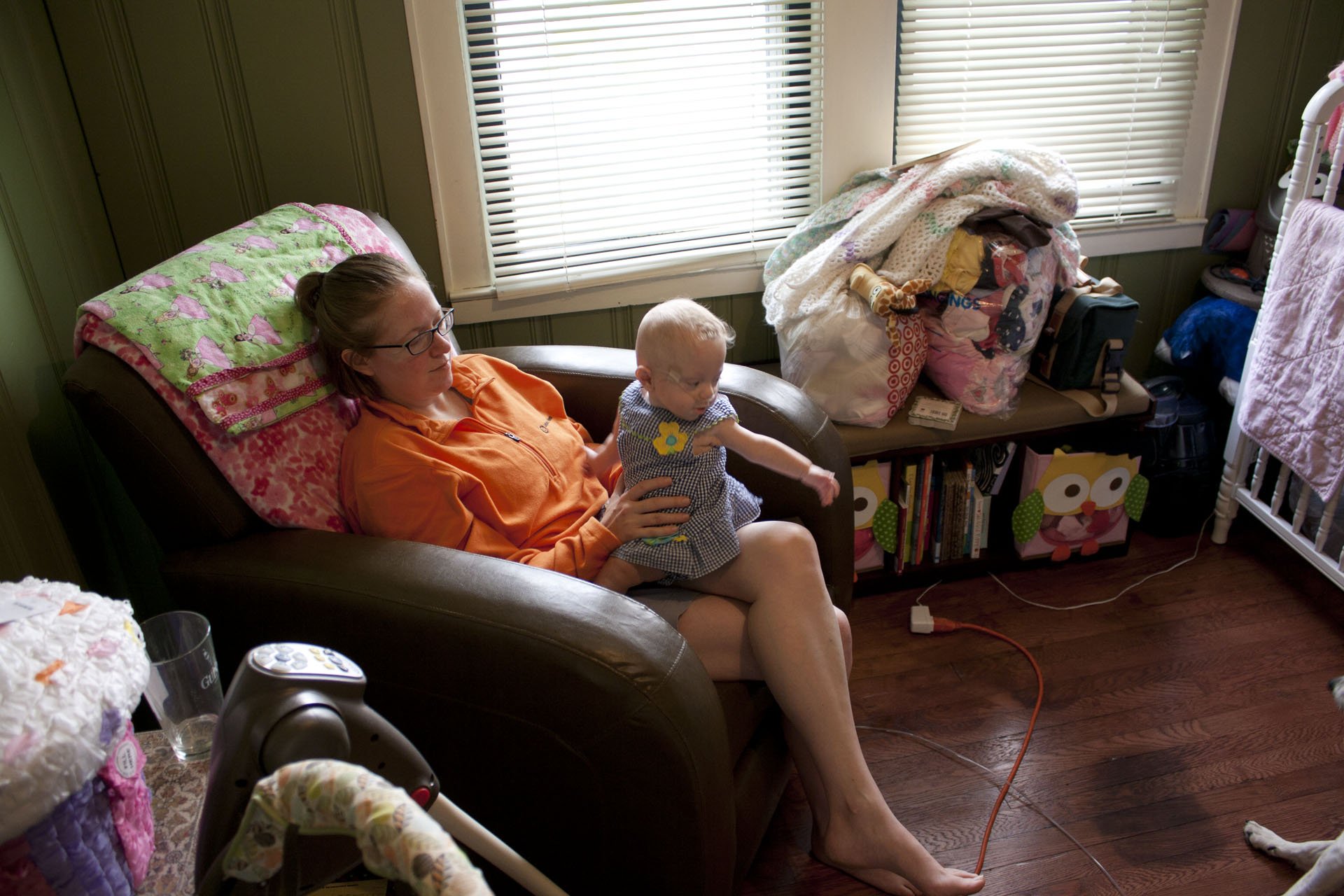 I started my training for my new job this week.  It has been perfect so far.  I’m really excited to have such a great schedule with a really great organization.  Hoping this works out for the whole family for awhile.  While in training the craziest thing happened.  We were introducing ourselves and through the course of us describing ourselves I found out that another girl who has the same job as me at a different site was our next door neighbor in the NICU for MONTHS.  I never met her.  I recall talking to her husband in the break room once.  They also had a 1 lb 1 oz-er and I remember the nurses telling us that they couldn’t wait to tell this kid’s parents that they were no longer the tiniest peanut in the NICU anymore.  We took that prize for a little while (yay….).  So anyway, it’s kind of fun to have people to talk to who are going through the same exact stuff (lungs and eating and tiny babies and whatnot).

We’ve been really lucky to get to know (and even hang out with) some other people who were neighbors in the NICU and it really helps to a.) vent b.) compare notes and c.) have babies socialize without fear of illness.

She has calmed the rage down. Thankfully.

She’s gotten better about taking a bottle, but not taking the whole thing.  She should be able to easily take a 4 oz. bottle or more but she has been regressing to only wanting 2-3 oz. a feeding.  Lame!

She’s getting more hair beyond just the top of her head, which is nice. 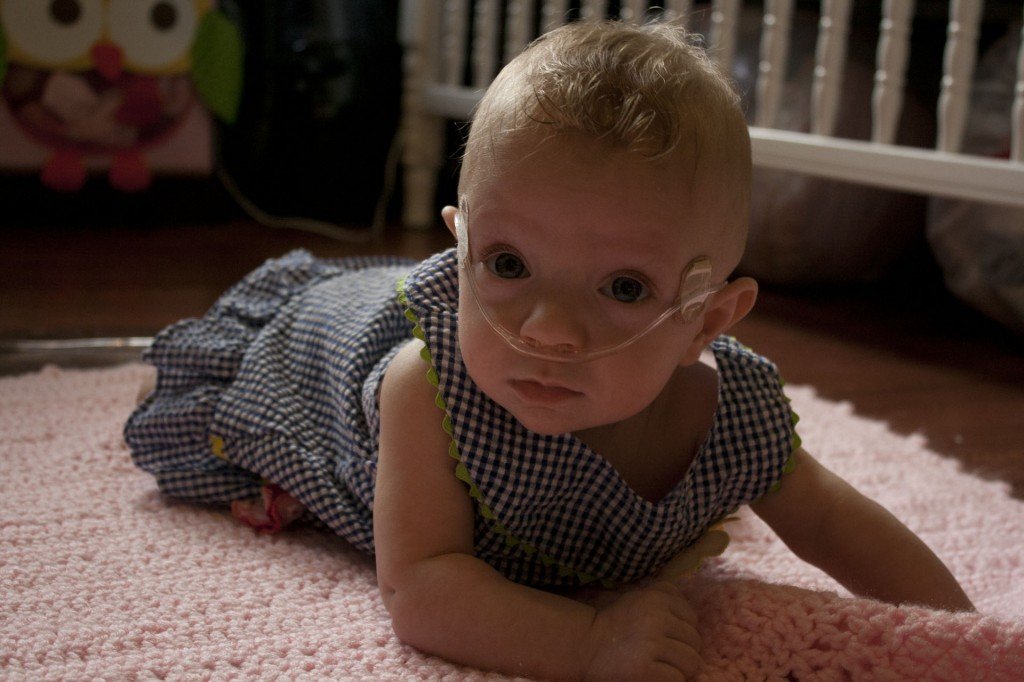 She is doing a lot of spitting/raspberries and laughing at the same time. 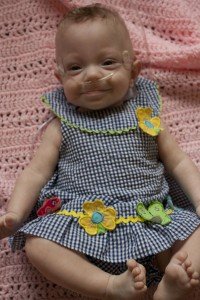 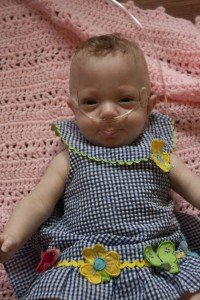 She is winning over the animals a little more each day. 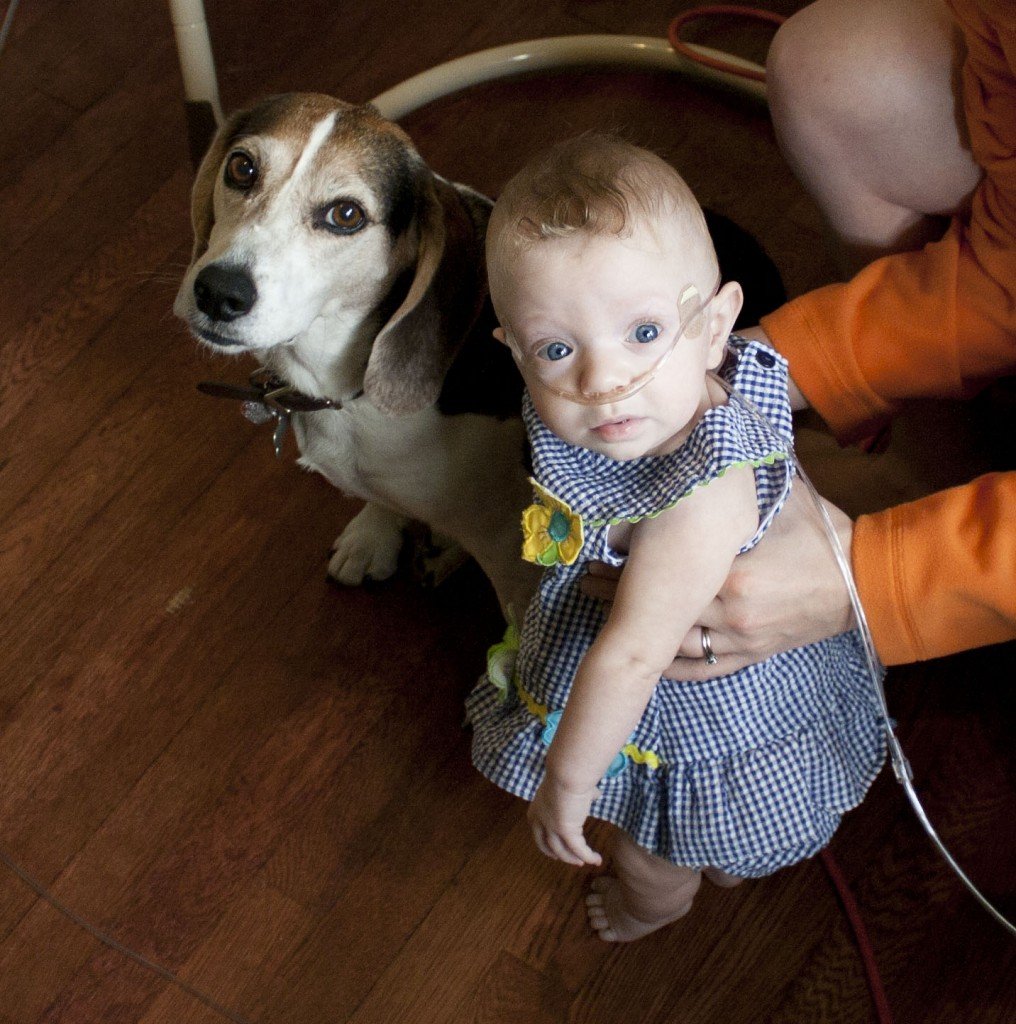 Best buds! Well, on their way to being best buds. The dog has trust issues. 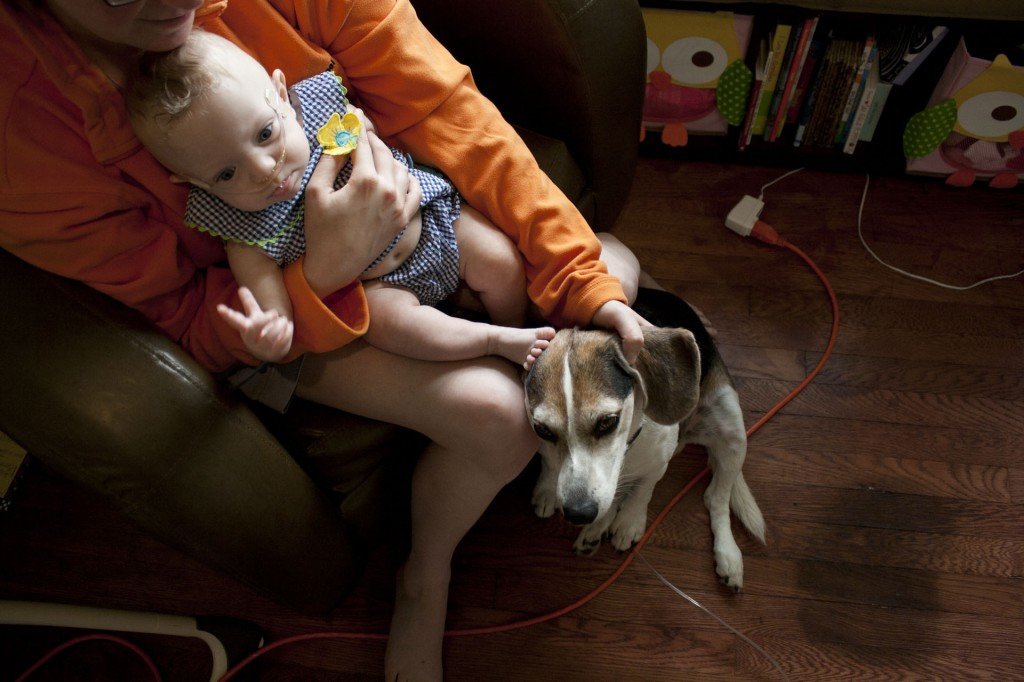 “Hey King, mind if I use your head as a foot rest? Great. Thanks.”

She has been hit or miss each day on the solid foods.  So far she seems to love pears and sweet potatoes the best.  I mix them with some milk and oat cereal and she seems into it…some days.

Still see no teeth but she’s been chewing on everything.  Blankets, fingers, clothes, whatever she can get her hands on.  She doesn’t suck her thumb so much as chews her thumb. 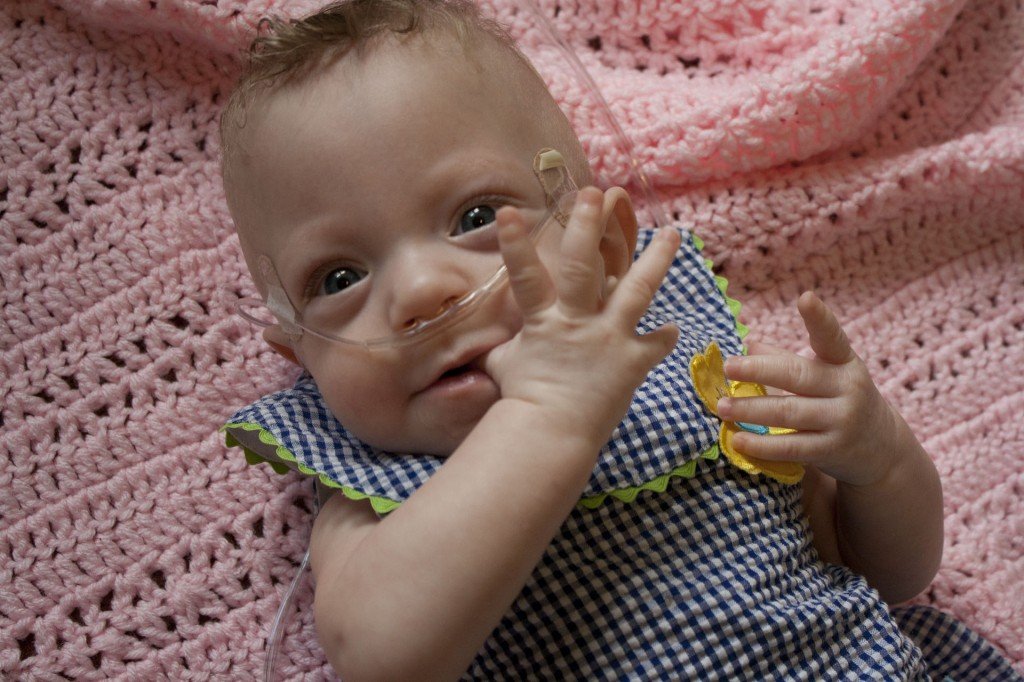 Yesterday she kind of tried to crawl.  She just sort of rocked back and forth on her hands and knees.  Not really sure what to do. 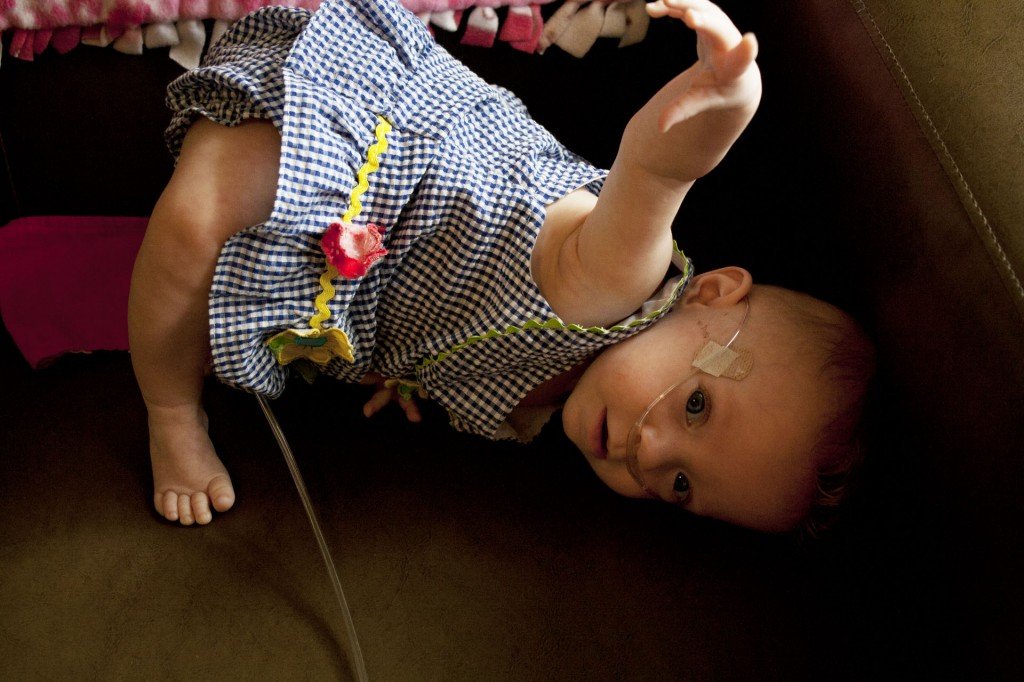 She’s getting better about sitting on her own.  It’s fun to watch her use her core to keep her balance.  She’s getting pretty good! 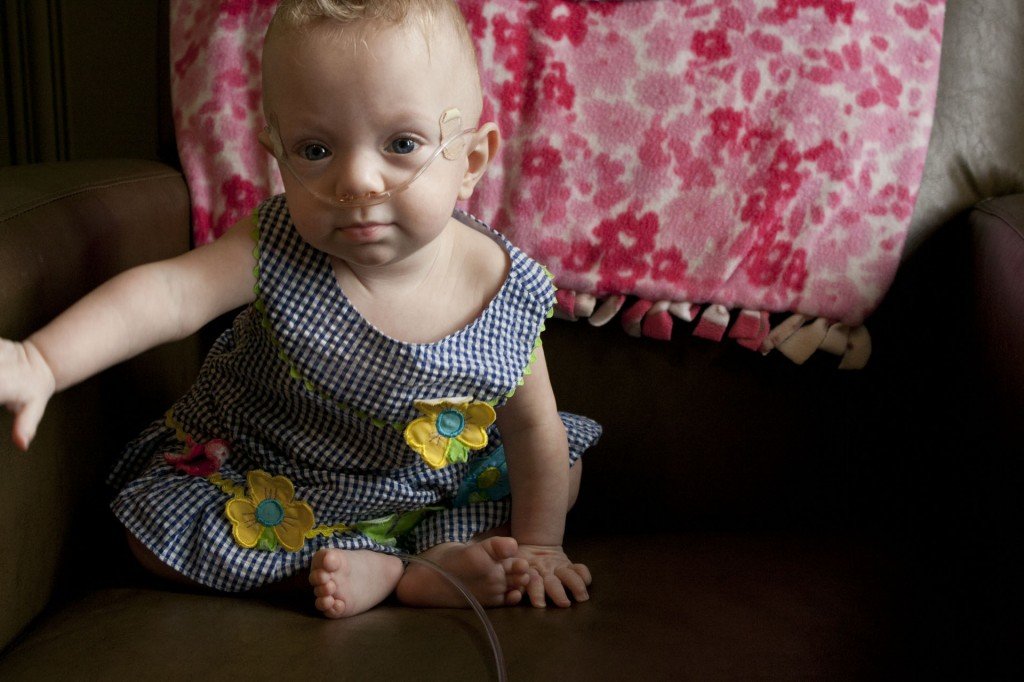 Weight update next week.  Crossing my fingers for 13 lbs.