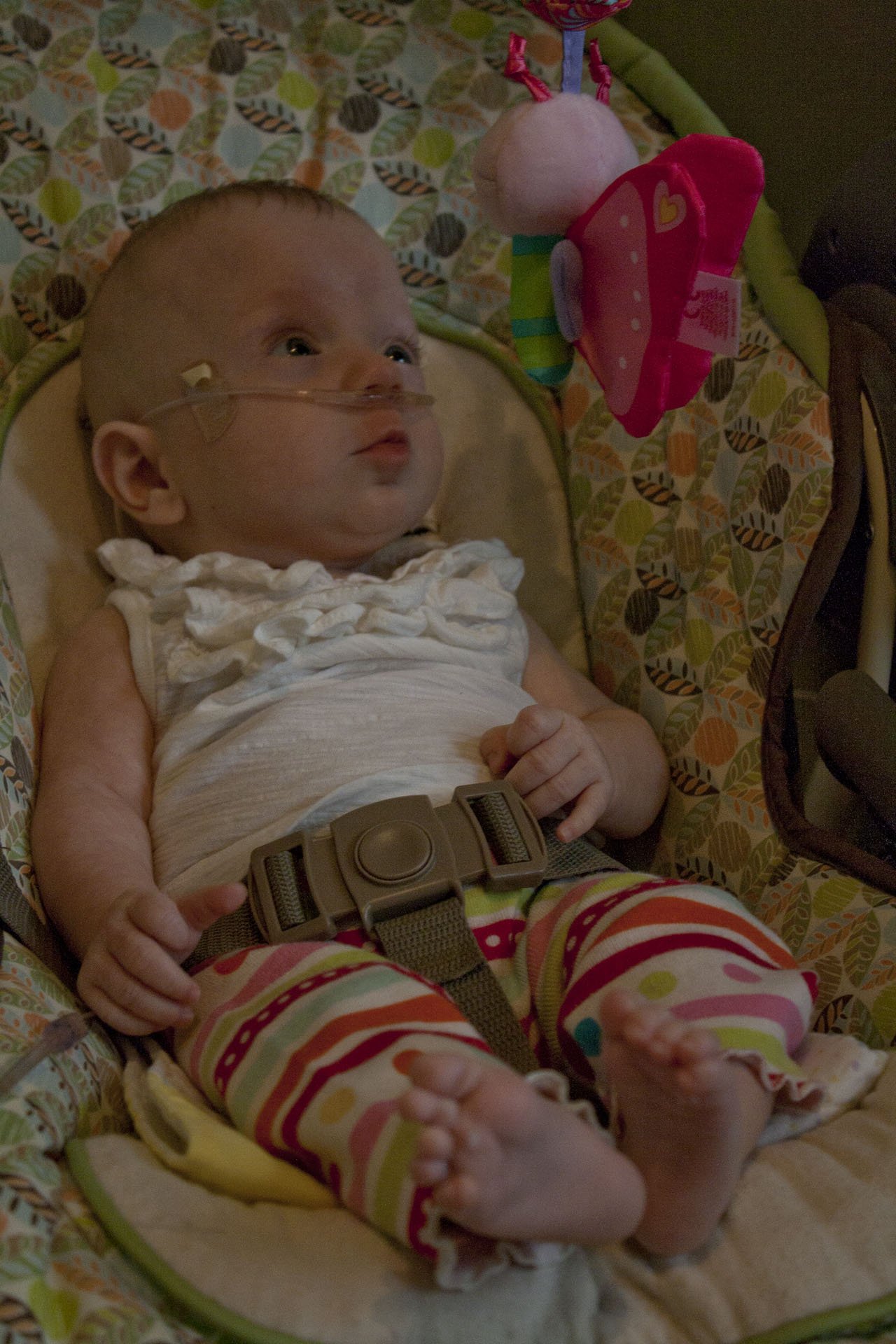 So, it’s race day in Indianapolis.  I was hoping to get a fun, little, themed outfit together for the kid… maybe some black and white checkered get-up.  It didn’t happen.  It was too late and really…buying an outfit for one photo shoot hurts me inside.  So then I thought, “Well, what else might work for race day, if not black and white?”  Unfortunately we don’t have a baby Lynyrd Skynyrd onesie and cut-offs either.  So I gave up.  There is no theme for the photo shoot today.  I SHOULD say that we’re ignoring the existence of said race because we’re not allowed to watch it on TV here (still find this extremely lame).  Coraline is also annoyed by that.  She loves indycar racing.

So, this week in Coraline…

We did not have the best week ever.

Monday was her 6 month pediatrician appointment.  I was a little nervous about getting her weighed because the prior two weeks had been rough.  She was consistently eating 3-4 ounces under what she should have been.  She seemed in a lot of pain when eating and it was hard for her to take a bottle at all.  We got her Zantac adjusted (for her reflux) and it seemed to have helped and she’s been on the upswing and is doing pretty great now.  But Monday…she had gained 0 pounds and o oz. in 2 weeks.  (sigh)

Everything else was great.  She is developing great.  When the doctor was checking out the back of her head, she was holding her flipped over with her hand holding her chest, and I kid you not, that kid tried to crawl away.  It was pretty hilarious.  She had her legs and hands going, just like they should…just not the strength to hold them both up.  We all laughed at her (I know, not nice).

So, in terms of size, she is at the 10th percentile all around (height, weight, and head size) for a kid her adjusted age, which is almost 3 months.

Coraline got 3 of her vaccinations.  We have just one more we have to go in for in a couple weeks. She took them like a champ and cried for about 10 seconds.  She had no side effects the rest of the day!  ‘

Her pulmonologist appointment was also this week, on Friday.  We had high hopes for getting her turned down to 1/4 liter flow.  Sadly, it was not to be.  The doctor said that because she was gaining so slowly he didn’t want her working any harder than she had to in order to breathe, and therefore waste valuable calories.  So we’re still on 1/2 liter, but we go back in a month.  Also, on the plus side…From Monday to Friday, Coraline gained 3.5 ounces.  So it looks like since she’s been back on track, we are on our way up again.  Her pulmonologist said that we need to go into the peds office once a week to follow her weight gain.  So, we’ll do that.

We also got the speech again about how the best compliment in the world is that we are too overprotective of the baby.  And we really should be sort of quarantined until next year about this time.  Mom might lose it.  I’m already planning a vacation.

We got a for-real laugh yesterday!  Turns out we can’t get rid of the dog because she is SUPER amused by him.  She shook his head with those floppy ears and she laughed!  More than once!  I spent the rest of the evening trying to get her to do it again.  Turns out I’m not a beagle with floppy ears.

She has become way less excited about tummy time.  She used to love it.  She used to love napping on dad’s chest on her tummy.  Nope.  Hates it.  She gets very very angry after about 2 minutes.  And she makes scary noises when she is angry.  Loud raptor noises.

She only wants to sit up.  Even when she is reclined in her Rock and Play sometimes she still tries to sit up.  This child’s core is so strong.  As someone suggested in an earlier comment, I see a Pilates instructor in her.  She has got great neck strength.  She loves being carried and looking around.

She is losing her excitement over snuggles in general.  This is kind of sad.

She has been severely loving on this blanket that she got in the NICU.  Over Christmas we got a package while we were there that said, “DO NOT OPEN TILL CHRISTMAS!”  So we were good.  We waited.  And it was a gift from a family who was in the same room the previous year (maybe two years prior) and they wanted to give a gift to someone else who had to spend Christmas at the hospital.  So it was a lovely little green blanket with a satiny back.  I thought, “Well…this blanket is way too nice for a baby.”  But this is now her favorite thing.  She snuggles with that thing and rubs her face on it.  And puts it in her mouth.  LOVES it.  So shout out to that family!

This week in cuteness:

She bats at that butterfly….sometimes.  Usually when I’m not in the room.  I can hear it dinging. 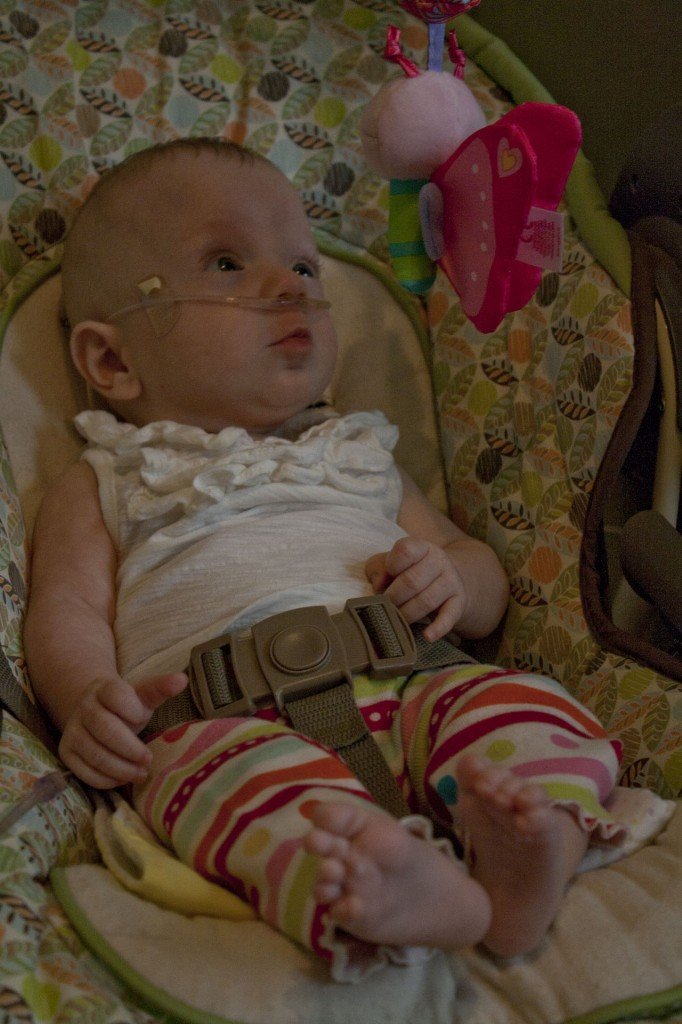 Note the large mass of hair she is acquiring on top…not so much on the sides or in the back.  It’s an interesting look. 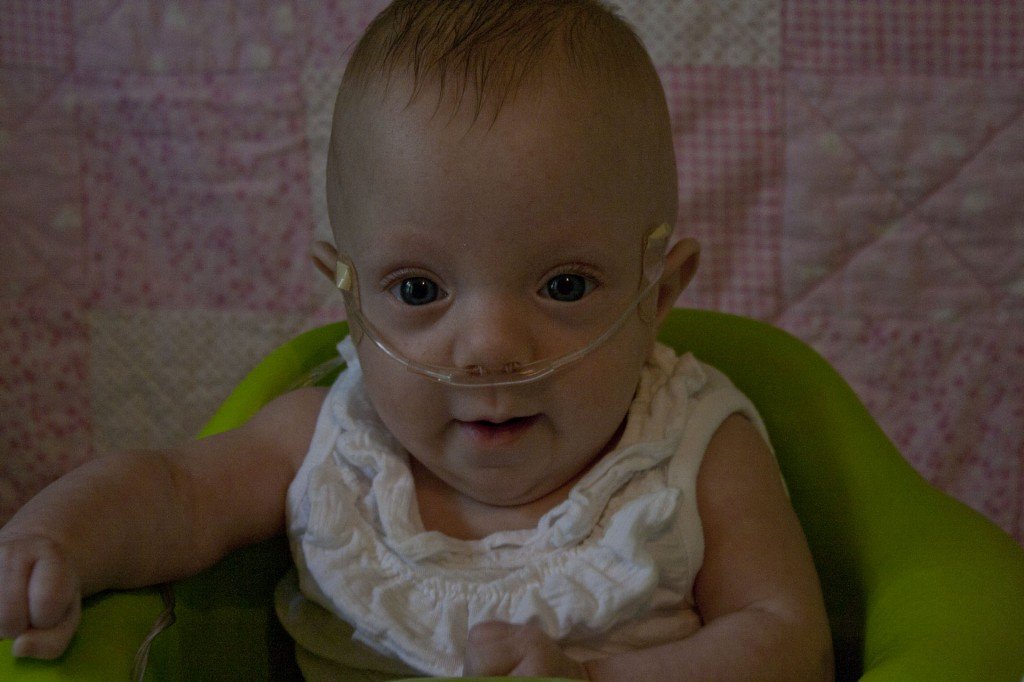 She is really excited for Man of Steel to be coming out soon, and did her own Supergirl pose. 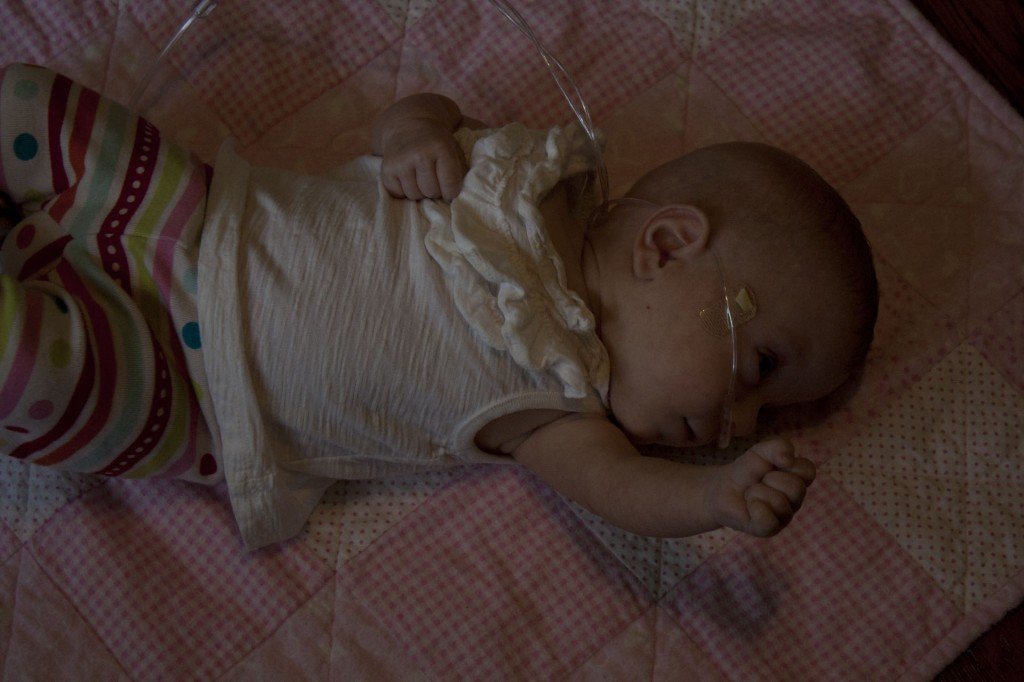 Soooo….Dad pulled out the rope light.

And now for discotheque baby… 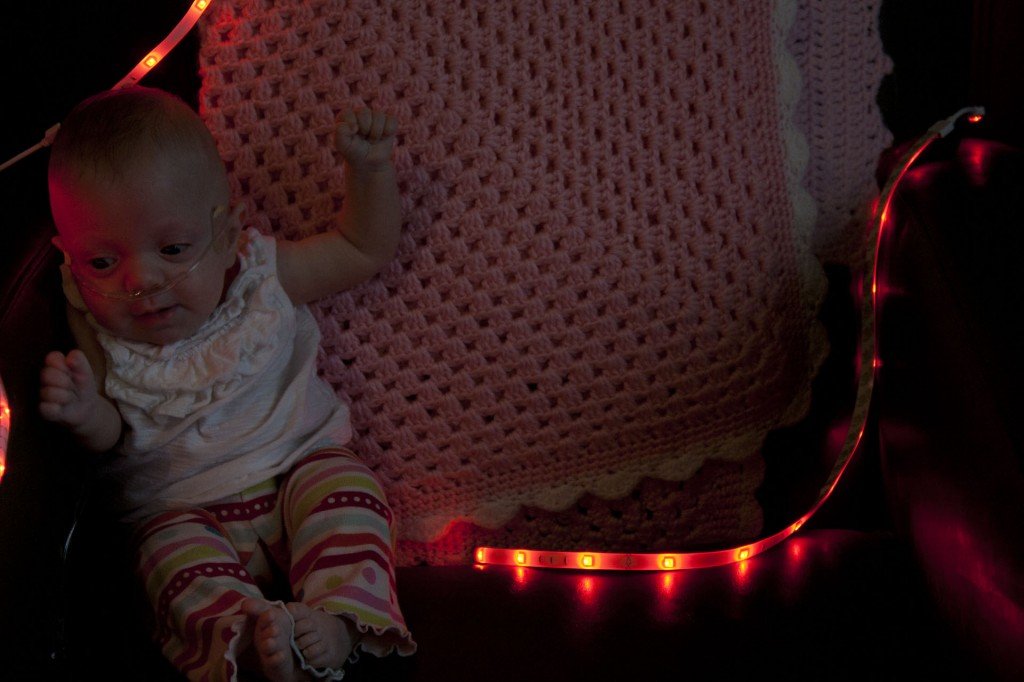 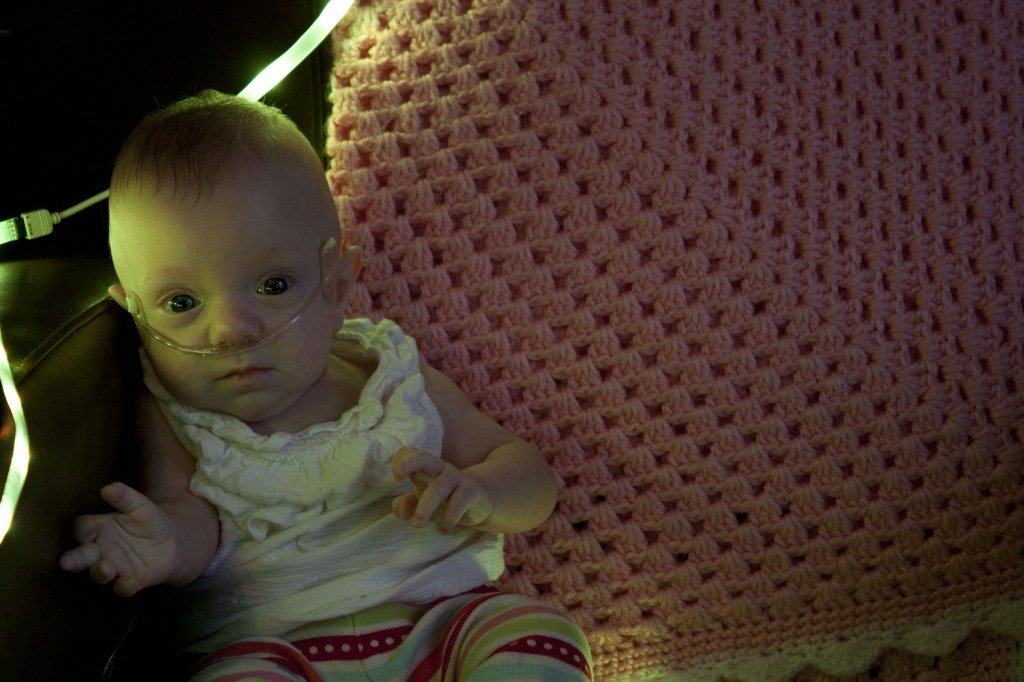