Go Away, Reflux! We Hate You! 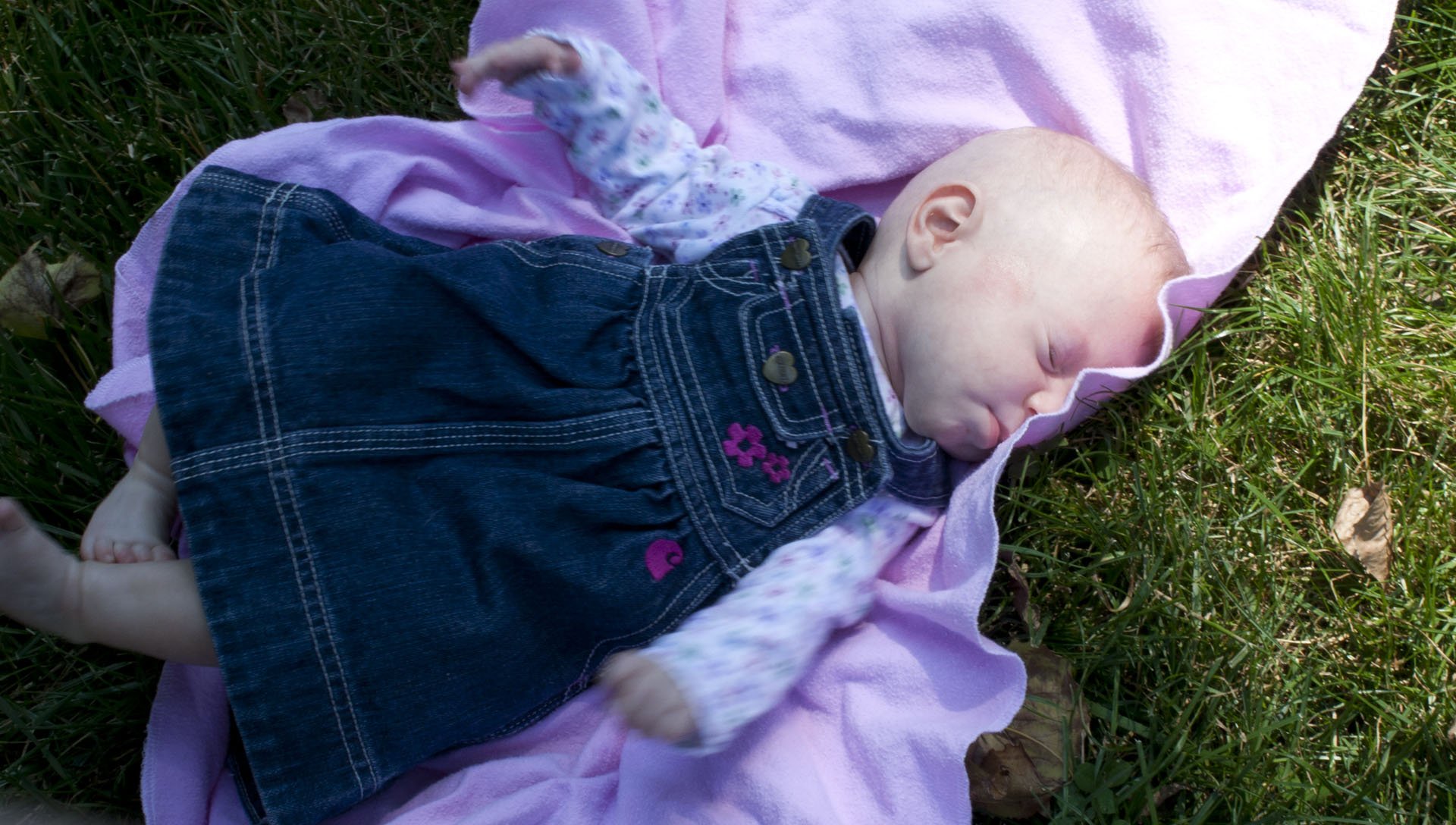 This week has not been the best.  In fact, it was downright nasty about this time a week ago.  I had a stomach something that was not OK.  I was useless for about 3-4 days.  Andrew hurt his back as well, so during that same time, he was also kind of useless.  We were both sort of laid out on whatever surface we could find and the baby was like, “Hellloooo….bored!!!”  Ugh.  And then her reflux came back with a vengeance.  Oh, and she hardly gained any weight.  And I’m getting really frustrated.

Last week the baby only gained two ounces in a week.  This week she only gained one.  It seems amazing to me that this could be the case because she’s starting to get too tall for her 0-3 mos clothes and she doesn’t look skinny.  Is she gaining size in Styrofoam?  I am so very confused.

She is eating way less than she should be, but understandably so.  About halfway through a feeding she starts arching her back and groaning…and when I try to feed her after that…I can’t…as she is swallowing food that is coming back up already. Poor little thing.  And this is keeping her as upright as possible.  (sigh)

We are waiting on a referral to see the dietician at Community North.  We are hoping to talk to someone about using a fortifier that maybe doesn’t have lactose and/or corn syrup.  Really?  Do they really need that?

Good things about Coraline this week:

She is really funny.  She laughs a ton.  She seems to be trying on different laughs.  Her newest laugh is kind of creepy and is reminiscent of The Exorcist.  It involves a lot of heavy breathing and guttural sounds. 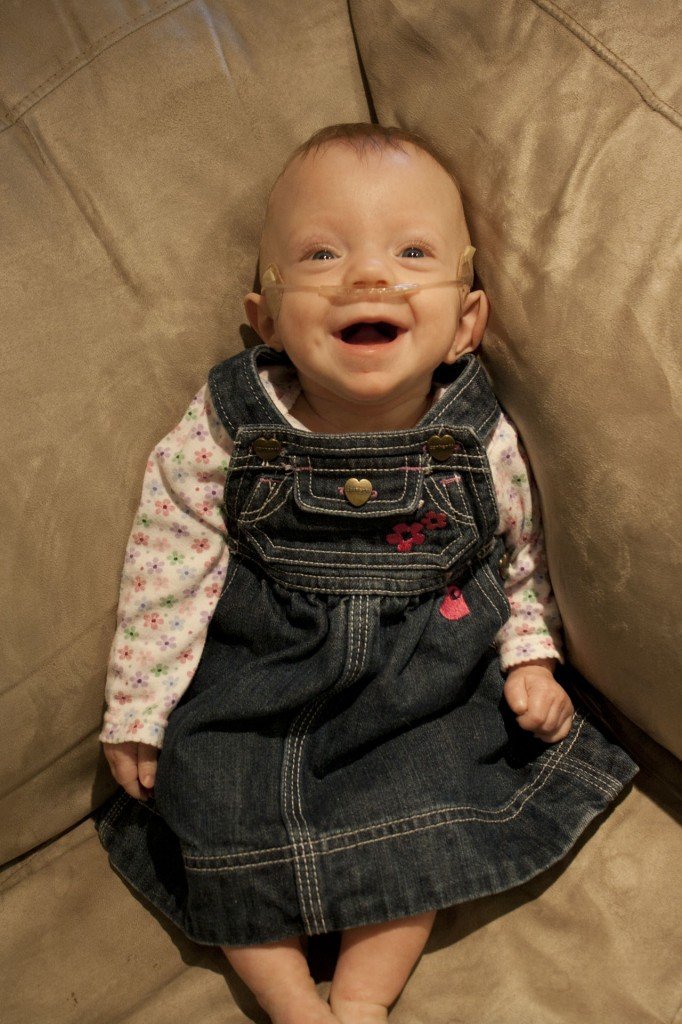 She is trying to help feed herself.  She tries to hold the bottle (and then often knocks it out of her mouth accidentally) and when I don’t let her because she is making it difficult to eat, she holds my hand which is holding the bottle.  It’s very cute.

Like I said, she’s growing out of a lot of her 0-3 mos clothes.  She’s getting too tall for them.

She thinks the dog is hilarious.

Sometimes we practice walking and she looks like the Stay Puft Marshmallow Baby.

She had a lot of visitors this week, and she enjoyed all of them.  She is very amiable and likes hanging out with everyone.  She got to see all of her grandparents (minus her great-grandparents), all in one week!  Pretty rad.

She wants to sit on her own so bad it’s driving her insane.  Here is a series of what happens when we sit….almost every time. 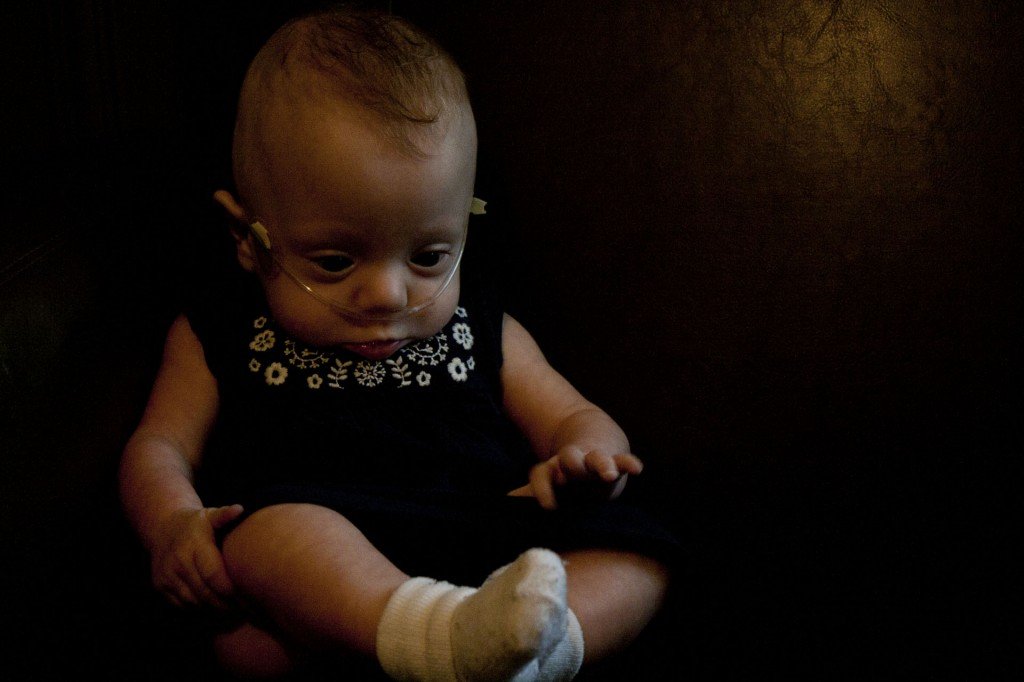 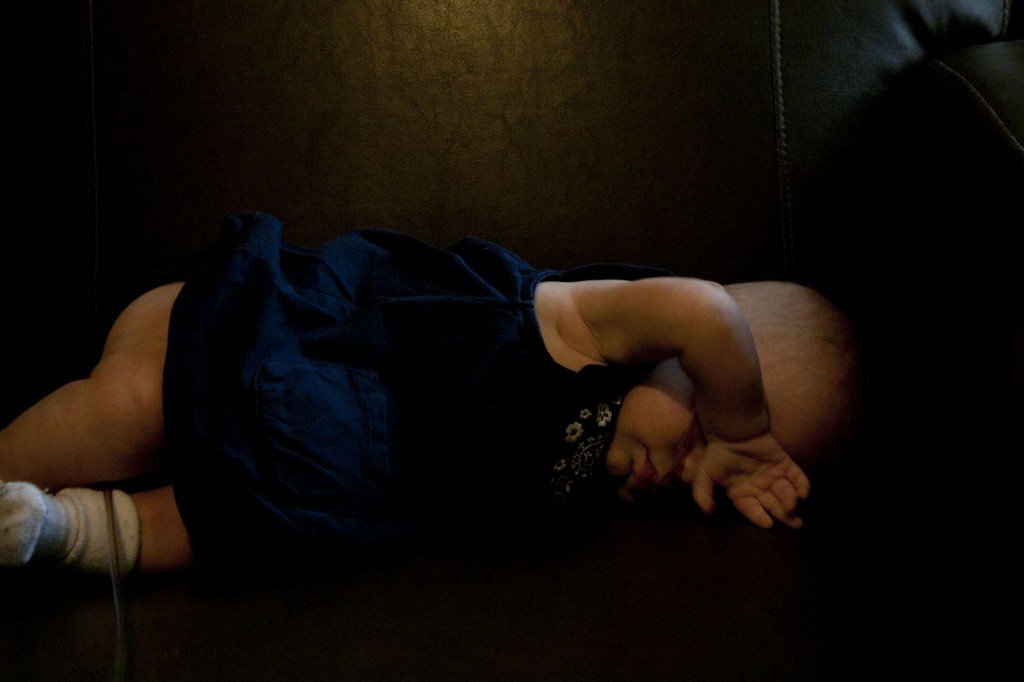 Oh dear, I seem to have fallen. Shoot. 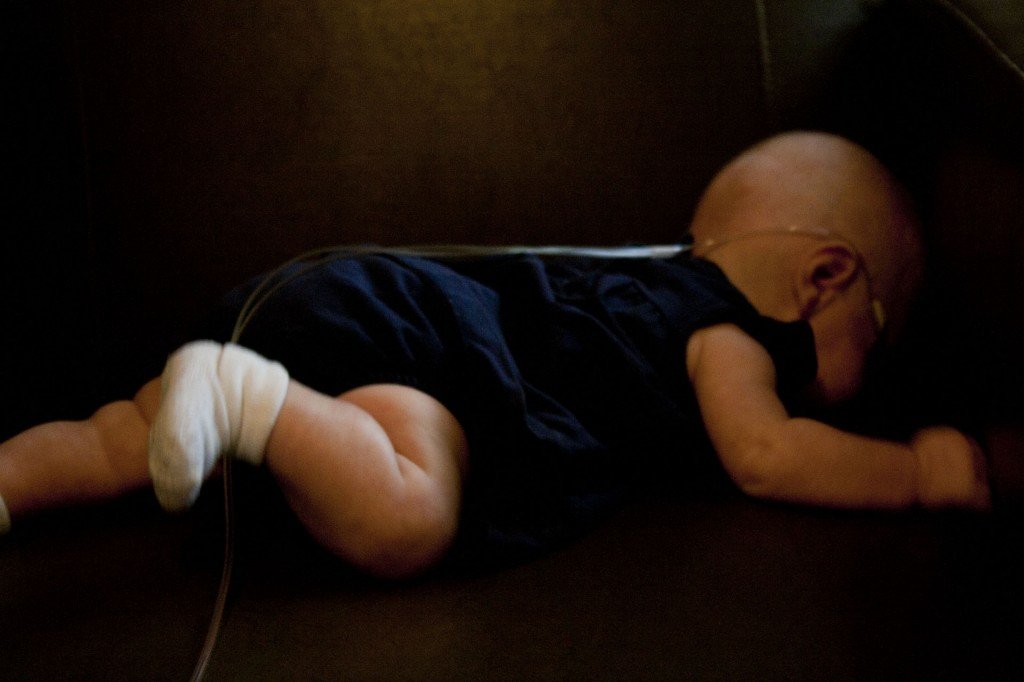 I got a Baby K’Tan wrap which she loves.  She loves being carried “Adventure baby” style.  I’ve decided those wraps are great to like…go out and do things, but just at home….not the most useful, cause it’s still pretty impossible to wash dishes when you’re carrying a baby across the front of you.  Maybe my arms are just too short.

She likes outside, but not so much the brightness of outside. 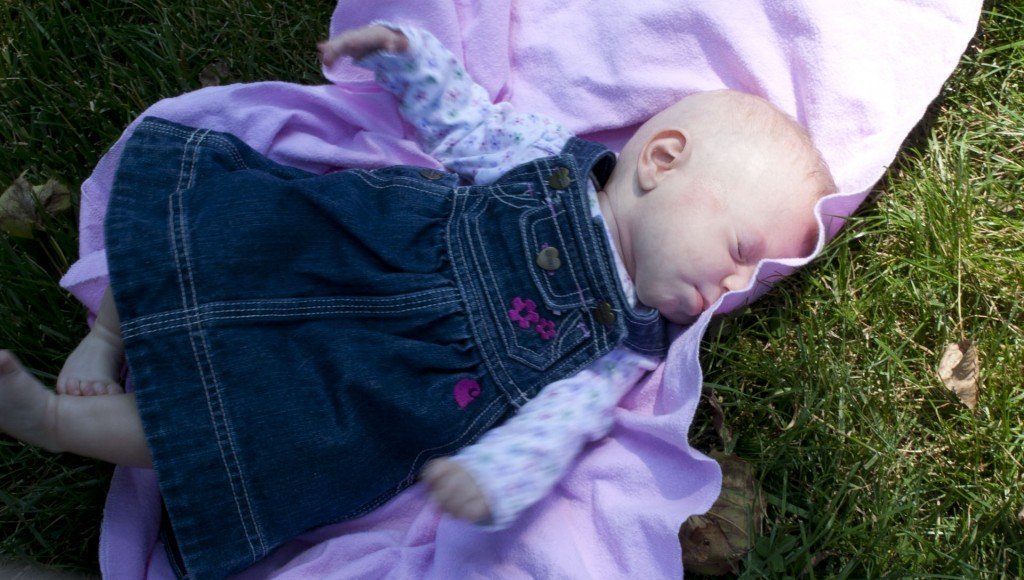 Crossing fingers for a better week this week.