Feed Me Seymour, Feed Me Now! 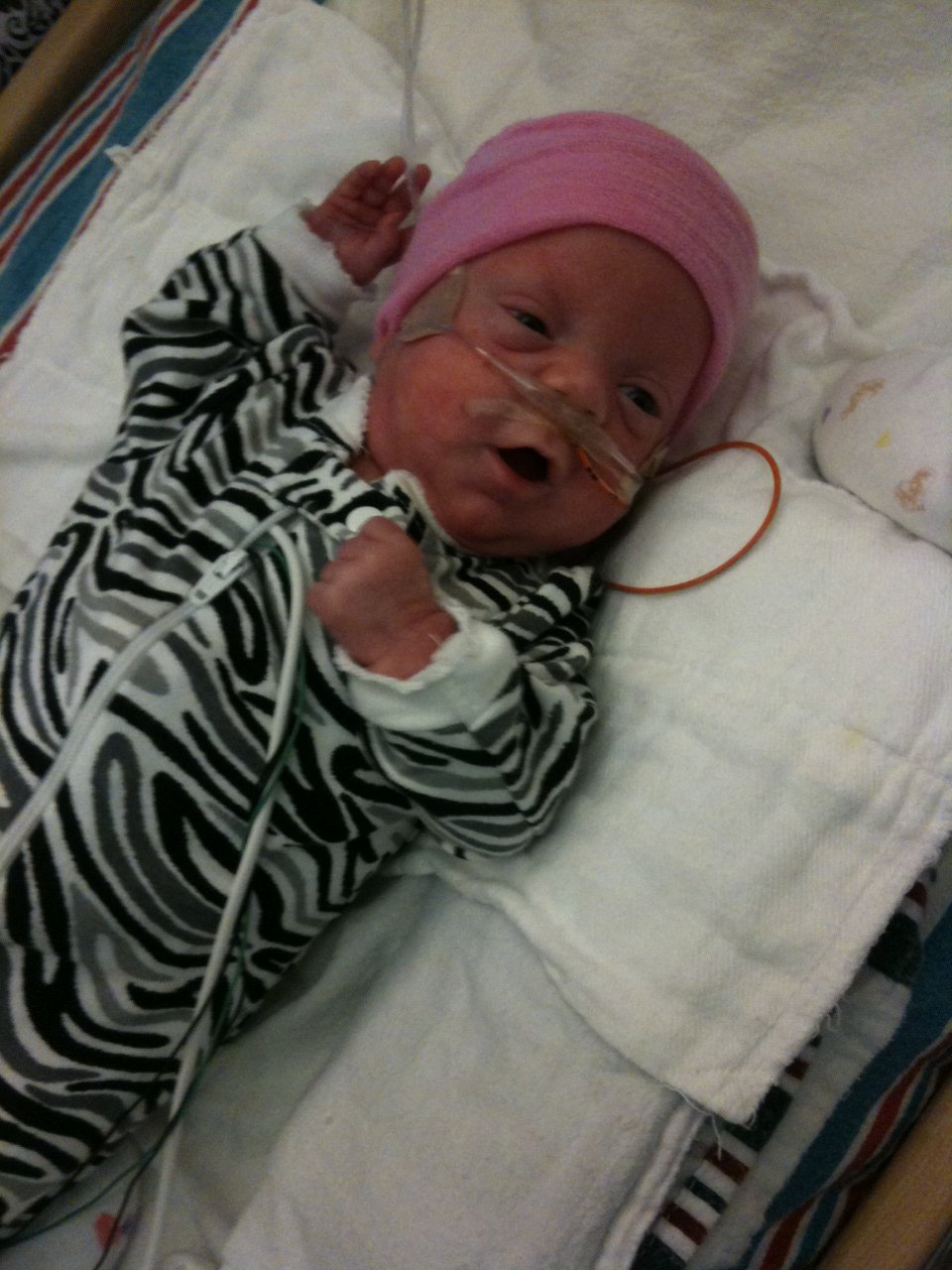 The big new thing these days is that Coraline has learned to tell us when she’s hungry.  She smacks her lips together a lot pretty much every time she’s getting her diaper changed because 5 minutes after diaper change it’s food time.  I find this kind of amazing since she has never eaten food before in the conventional sense.  How on earth does she know that’s where it goes?

Here’s a short little video of her dad dressing her and her displaying her desire for food….now!

She is just one ounce away from hitting 5 pounds already!  We’re going to be able to start bringing in real newborn clothes!

She has been doing pretty well on the vapotherm.  She still has a tendency to desat from time to time but does really well when she’s being held.  If only we were there 24/7 – she’d be tap dancing by now.

She has been getting her 2 month shots and is kind of a rock star.  She cried for like…5 seconds tonight.  As soon as the needle was out she was back to her old self, just staring at her mobile.  She has one more that she’ll get tomorrow and then she’ll be good for awhile. 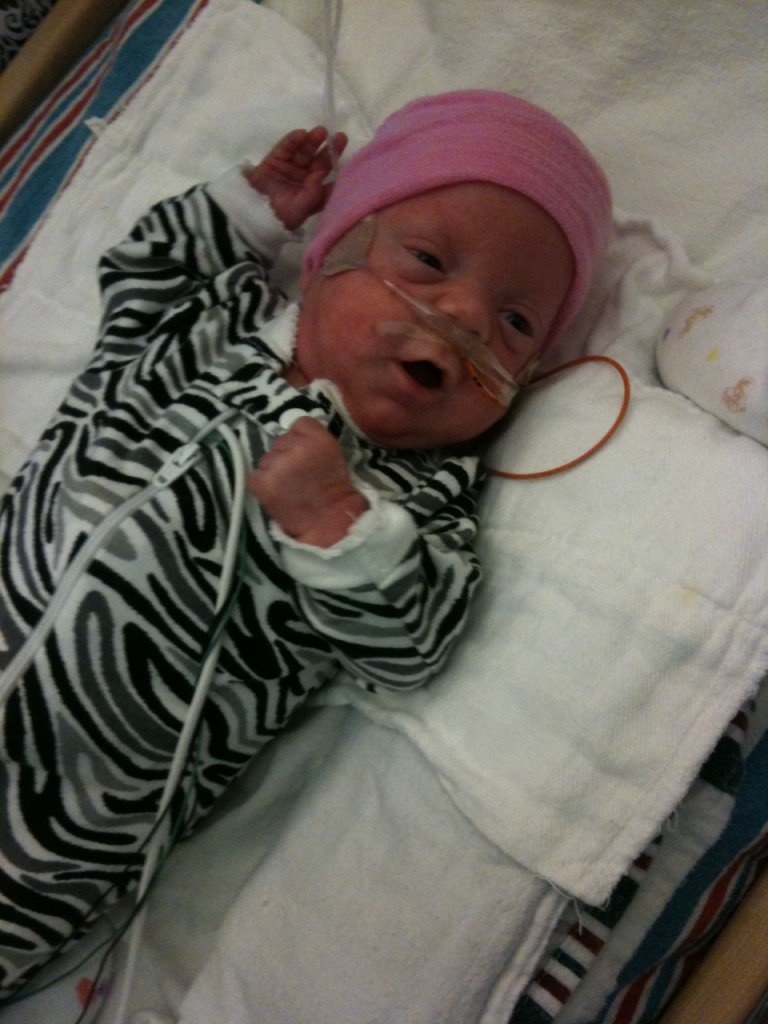