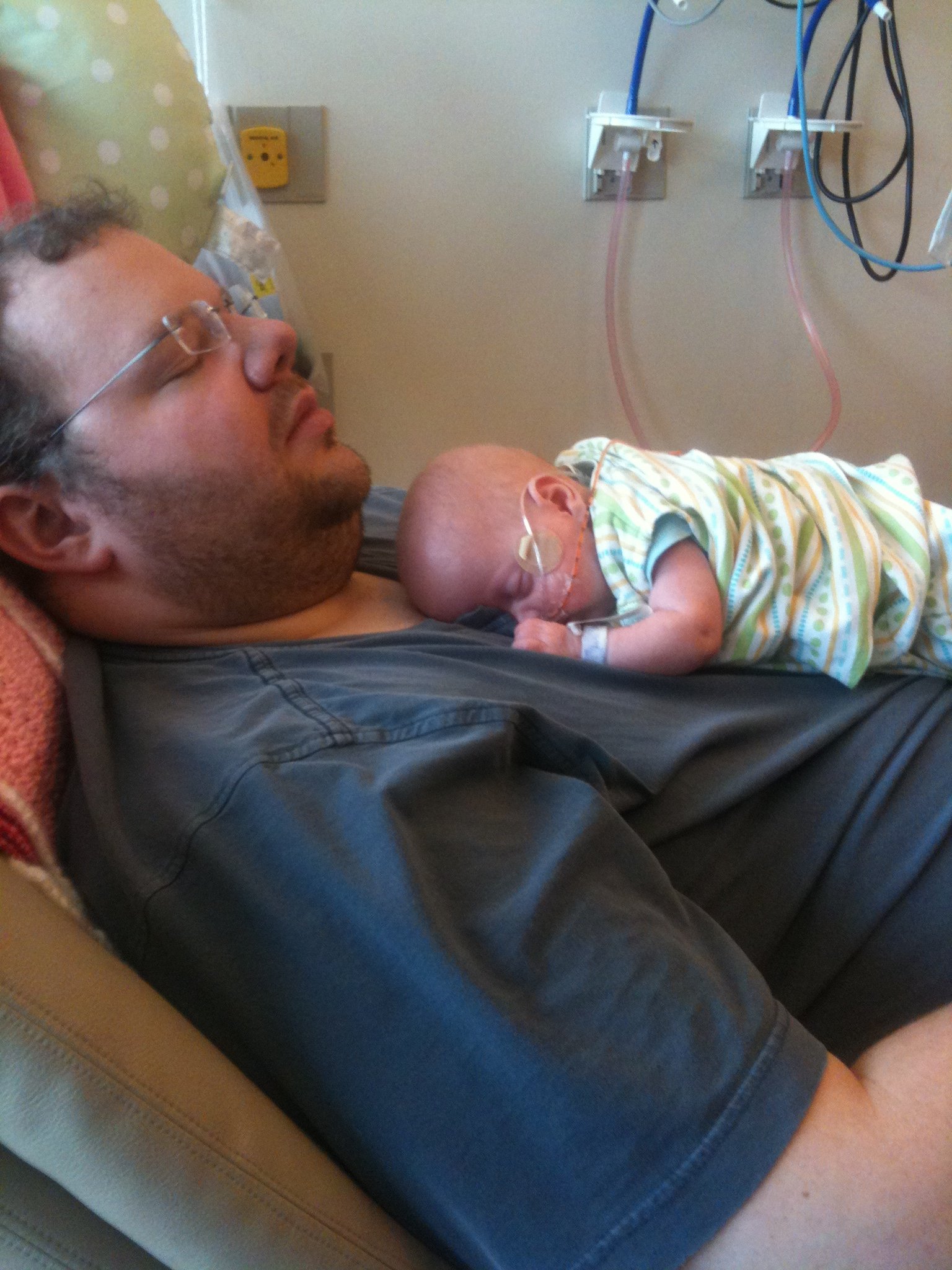 Over the course of our stay, which has now been 110 days or so, I have heard some funny names for babies that have been here for a long time.  A “senior citizen” is the first one I heard when we came here that made me chuckle.  A vision of tiny babies with canes and walkers roaming the corridors popped into my head.  And then the other day a nurse said to Coraline, “You don’t want to be a crib potato, do you?”  She was referring to her laziness, and not wanting to wake up when it is required of her…which is every three hours.  She has gotten better!  I will say that since we have started the eating by mouth thing, she has picked it up very quickly.  I have heard words being bandied about like: amazing, shocking, great, surprising!  One of her primaries just told us that for babies that were on the vent as long as she was…it’s very rare to pick up on feeding so easily.  So, go Coraline!

But yes, this little crib potato got a big time crib this week.  She got a new mobile.  She can sit with her boppy IN the crib, which is really nice.  I’m pretty sure she’s diggin’ it. 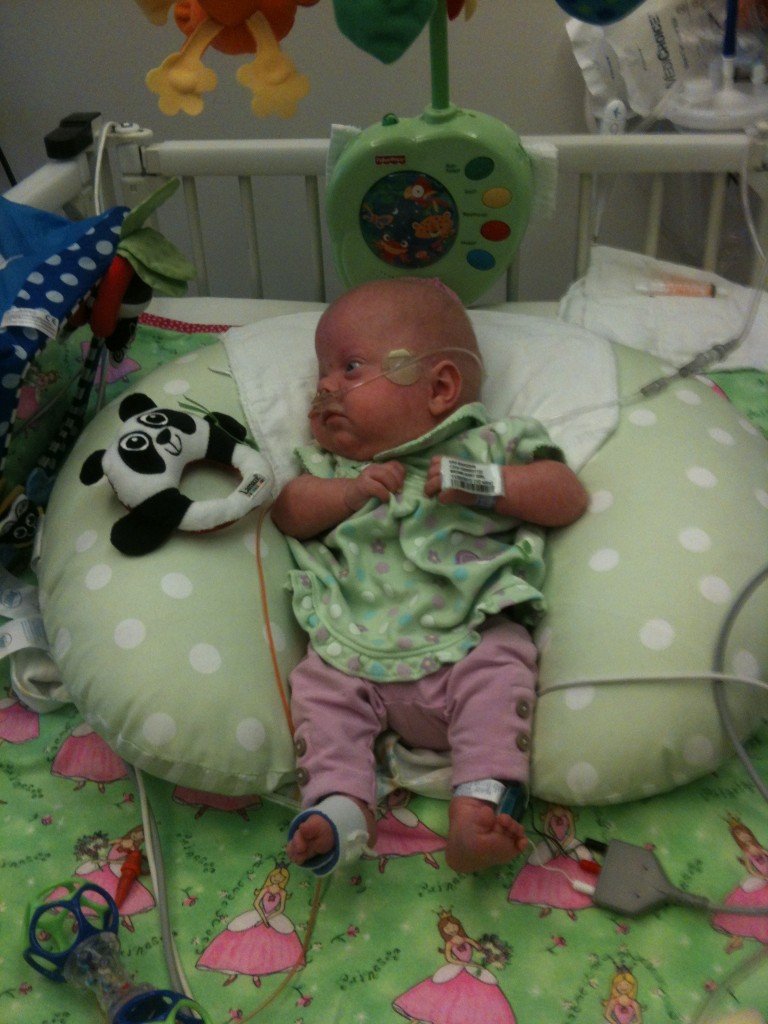 She still is a sleeper, and when is snuggled, can’t help but to doze off.  Turns out her dad is the same way.  I took this over the sound of snoring. 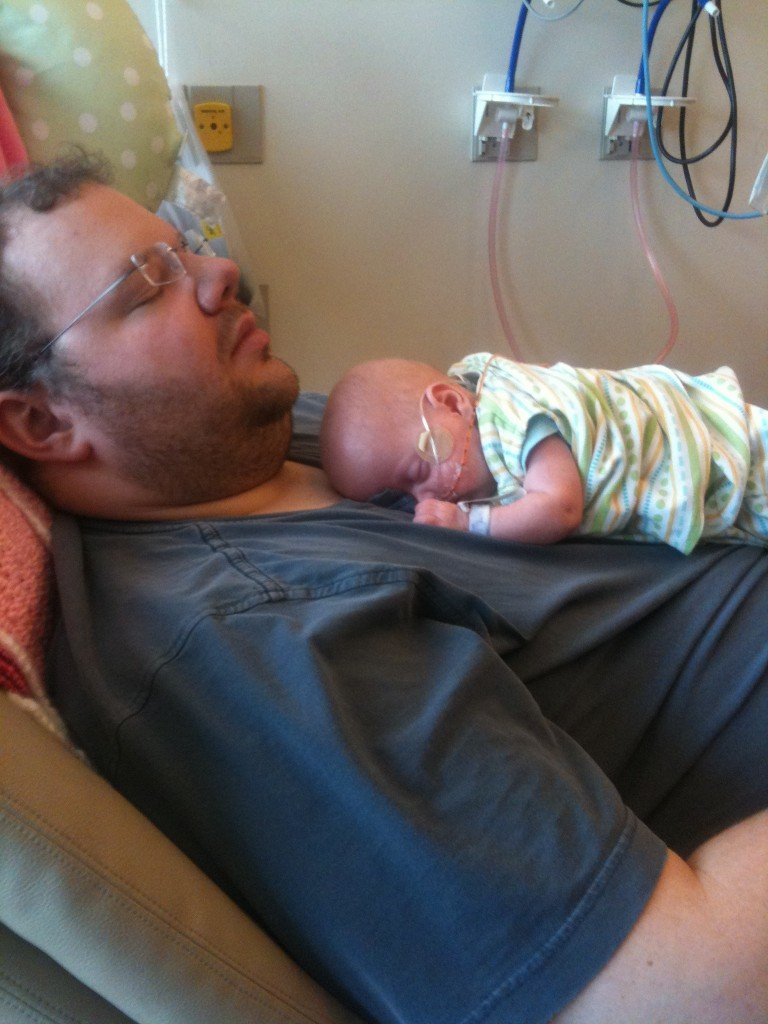 She has also been enjoying her vibrating bouncy chair, a gift from her Aunt Kristen.  Whenever she gets fussy, I just set her in there and she’s all, “ahhhhhhhh…..”.  It’s nice. 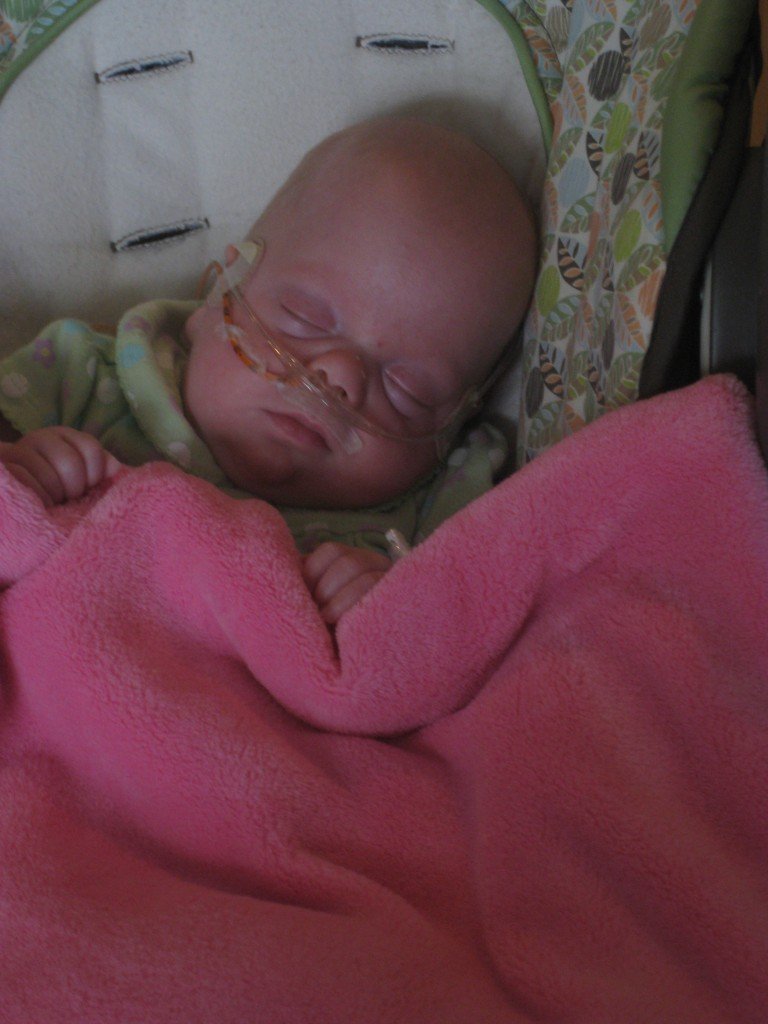 There has been talk of discharge from the nurses.  We don’t have an exact date, but it will probably be within the next two weeks.  She will almost definitely be going home on oxygen, we just have to do a test to find out how much.  She might be going home on an NG tube (a feeding tube that goes from her nose down into her stomach).  We are hoping to avoid that.  I will post the release date as soon as we know it.