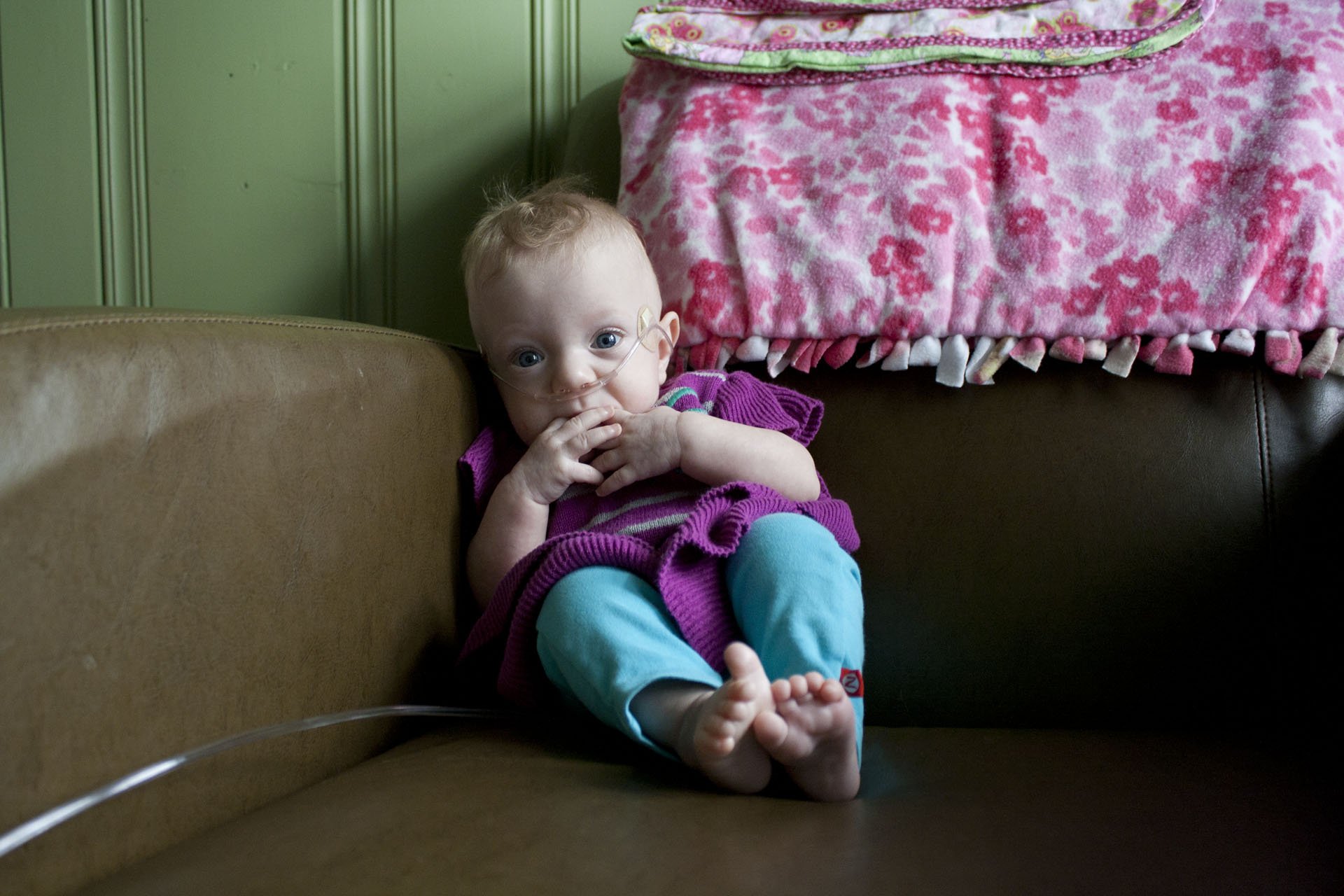 So this week has been an adventure in meltdowns.

Usually the mornings and days are lovely times.  We get smiles and laughing…and usually pretty good naps (this is not always guaranteed).  But then the evening comes.  We’d had a really nice stretch where the evenings were more settled and we would relax and have a nice time together.  Not so anymore.  She’s back to the stage where it’s SO obvious she is exhausted, but won’t calm down.  She is starving but won’t eat.  She constantly tries to climb out of her Rock and Play, which along with her bouncy chair is the only place where she’ll eat.  She does not normally allow you to hold her while she eats.  So the whole climbing while eating makes things difficult (especially when there’s screaming and sobbing involved, as well).  Many people have suggested that this is just a time of development.  I wouldn’t be surprised.  She is doing all sorts of new things and while it’s fun to watch these advances, it’s not fun to watch the fall out.

She has discovered her own hair, and plays with is a lot.  It becomes a frizzy mess because of this and it’s kind of hilarious.  See opening video.

When you’re not paying proper enough attention to her, she yells at you.

She loves her jumping swing, and torments the dog by creating a barrier between the kitchen and dining room.  Like all animals he wants to be where he currently is not. 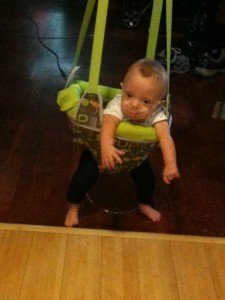 “Alright dog. If you want through, you gotta pay me $5…or at least let me smack you in the face with my jagged nails!”

Her and the cat are becoming best friends.  The other night she used him as a pillow and then he groomed her hair.  It was pretty adorbs. 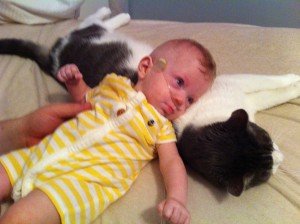 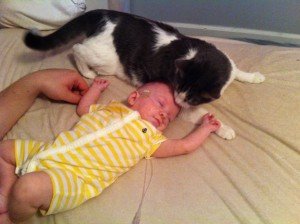 She has her fingers in her mouth a good chunk of the time these days.  I haven’t seen any breaking through yet, but she may be teething.  She’s starting to gnaw on her clothes as well. 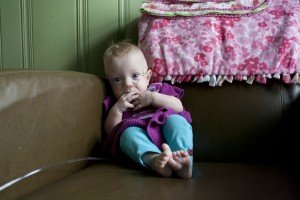 Yesterday we got to visit with Coraline’s Great Grandpa Reed.  He has calmed himself a baby or two in his time, and he was a pro with getting lil Miss Sassypants to chill out. 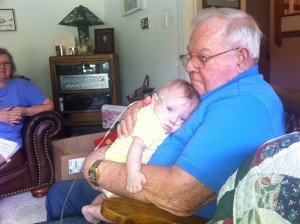 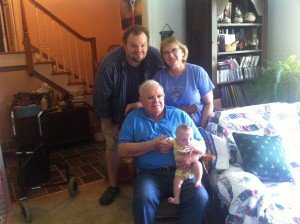 This coming week is a big one for us.  I start training for my new job.  I might have jury duty.  We have an appointment with her GI doctor to see how she’s doing on the reflux front.  From what I can tell, it’s getting better.  She still spits up and has a wicked gag reflex which doesn’t help with vomiting.  So we’ll see what he says.  I think the Prevacid has definitely helped. 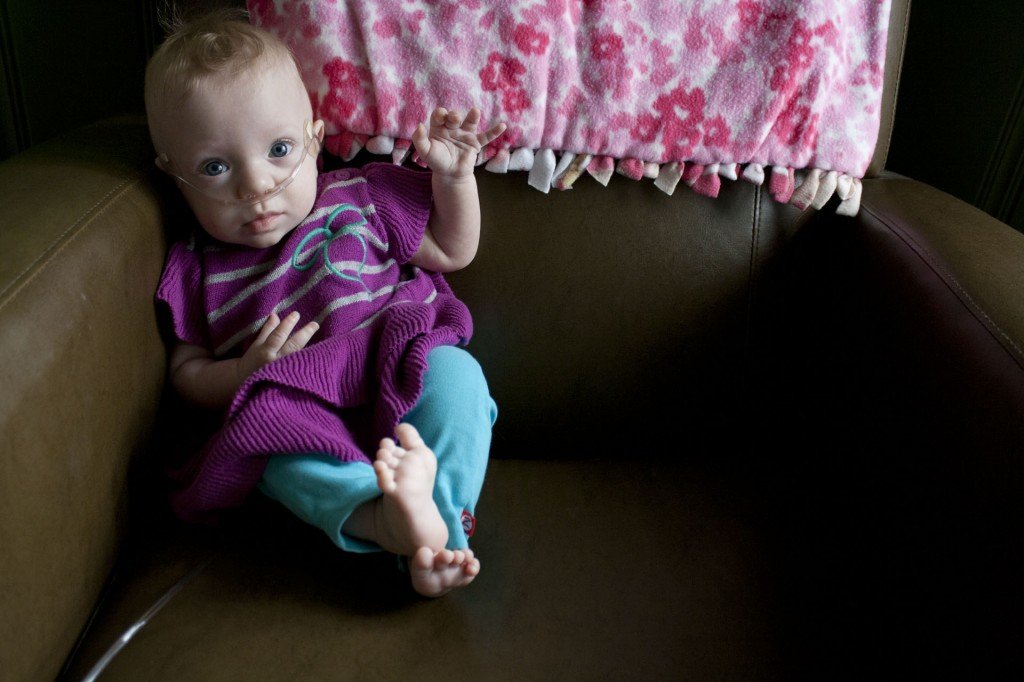 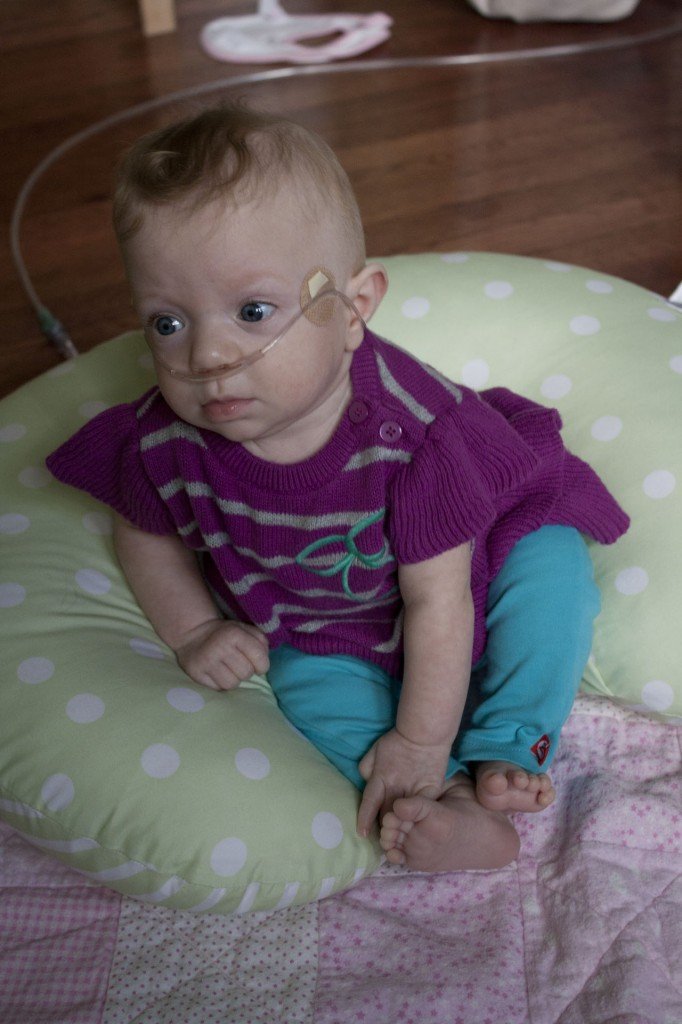