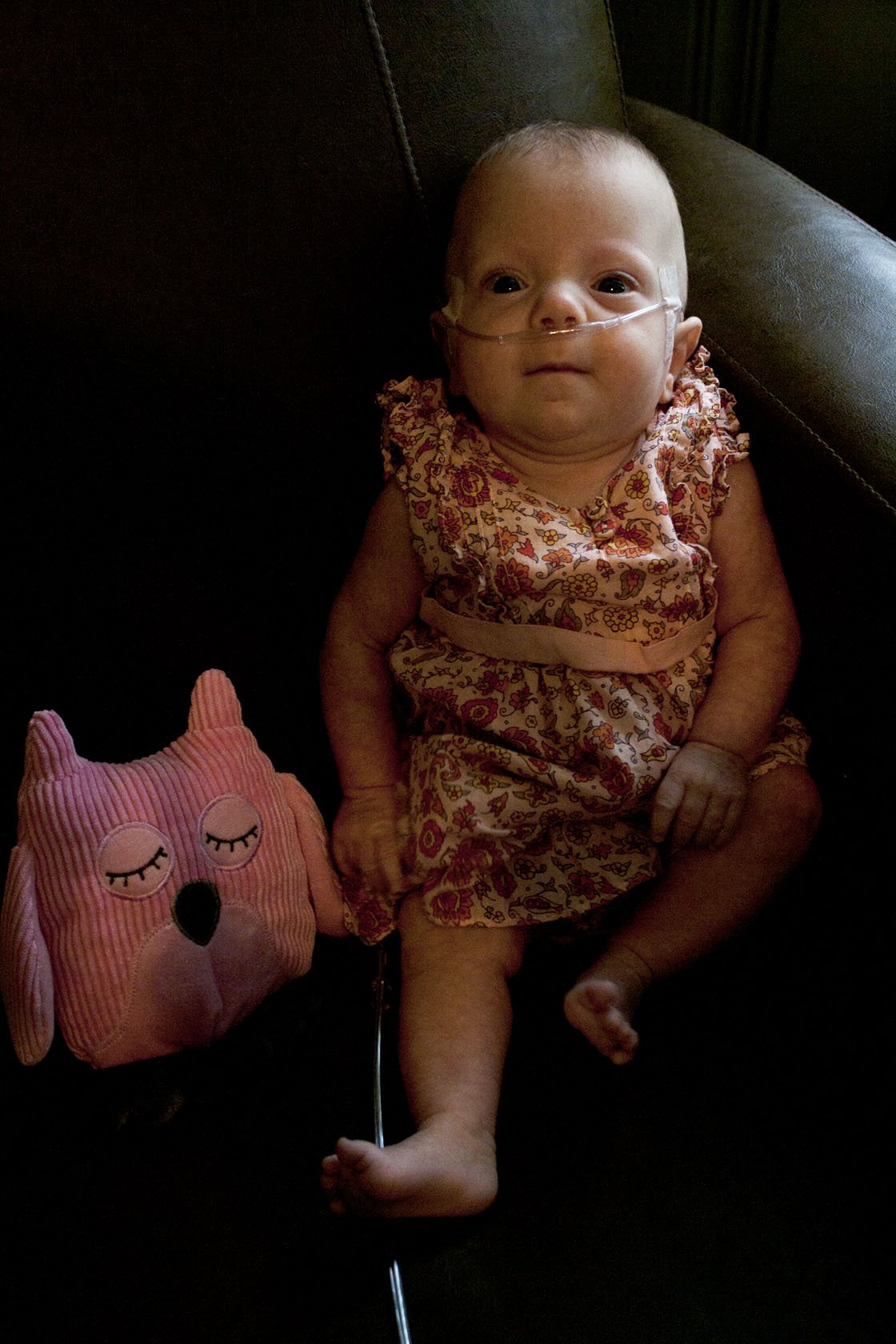 This week the new thing in Coraline’s life is that she doesn’t like to be reclined very much.  In fact, she dislikes it so much sometimes that she tries to sit herself up, and often succeeds.  She does this with just the strength of her core.  No arms or legs helping.  It’s extremely impressive.  I even find it hard to do!  This baby has got some very strong abs.  This is an example…she has pulled herself forward so she can try to eat her owl.  You’d think we didn’t feed her (or try to) all the time. 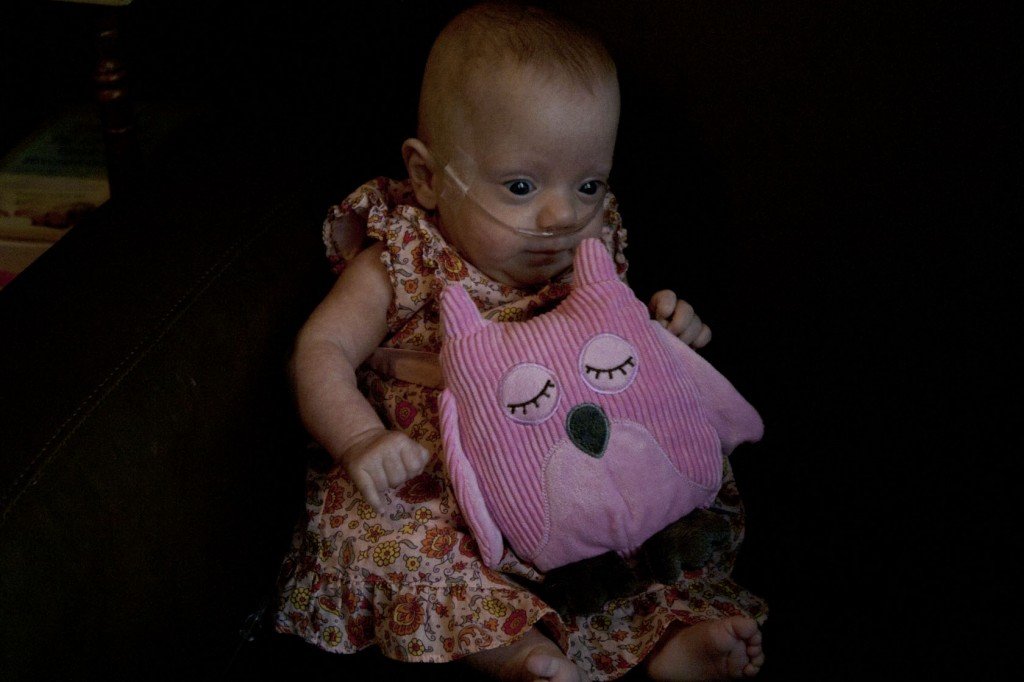 This week we have gotten out of a house a couple of times.  Grandma and Grandpa Nelson have been SO helpful and come over to babysit, just to let us get out for a dinner every once in awhile.  So far she has treated her grandparents pretty well.  I think she’s a fan.

Crazy enough, we don’t have another doctor’s appointment for this lil baby for another couple of weeks!  It feels weird to not be juggling visits to the doctor with Andrew’s work schedule anymore.  We’re finally starting to get back on track again with a decent schedule.  Well, at least for Andrew.  I am not sure when I’ll be able to go back to work.  I hate not working.  I feel the more time I spend at home the lazier I get and I’m not a fan.  Coraline and I have a nice time together, but we’re kind of stuck here and I’m getting sick of the walls of my house.

Enough for me being frumpy…it’s SUNDAY!  So we had photo shoot day!  Here is Coraline, 5 1/2 months old actual, 2 months adjusted.  She’s the cutest. 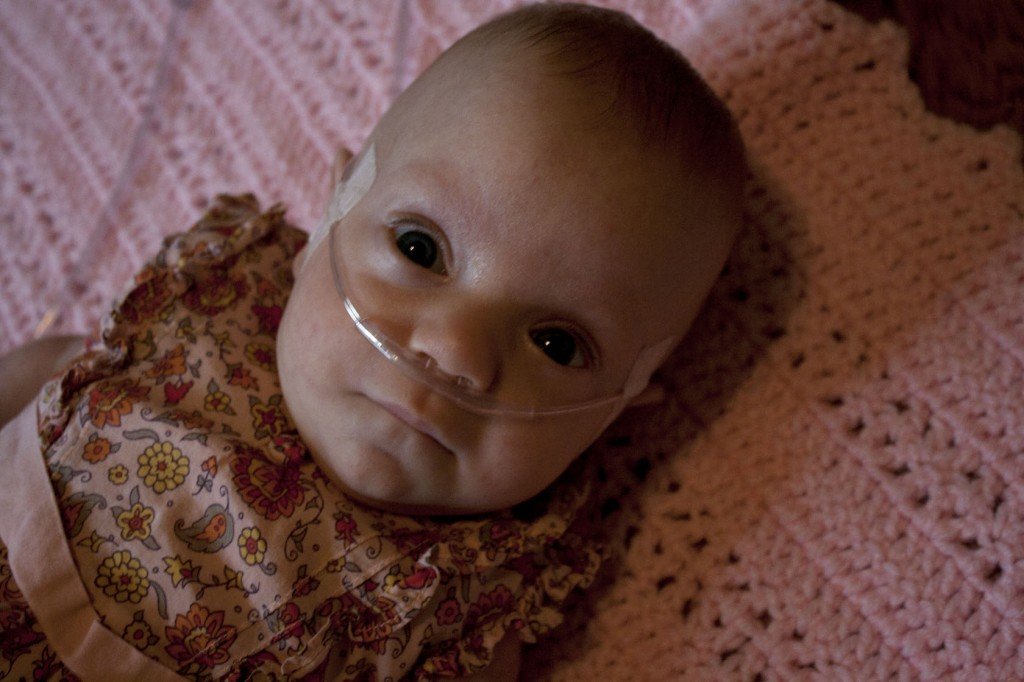 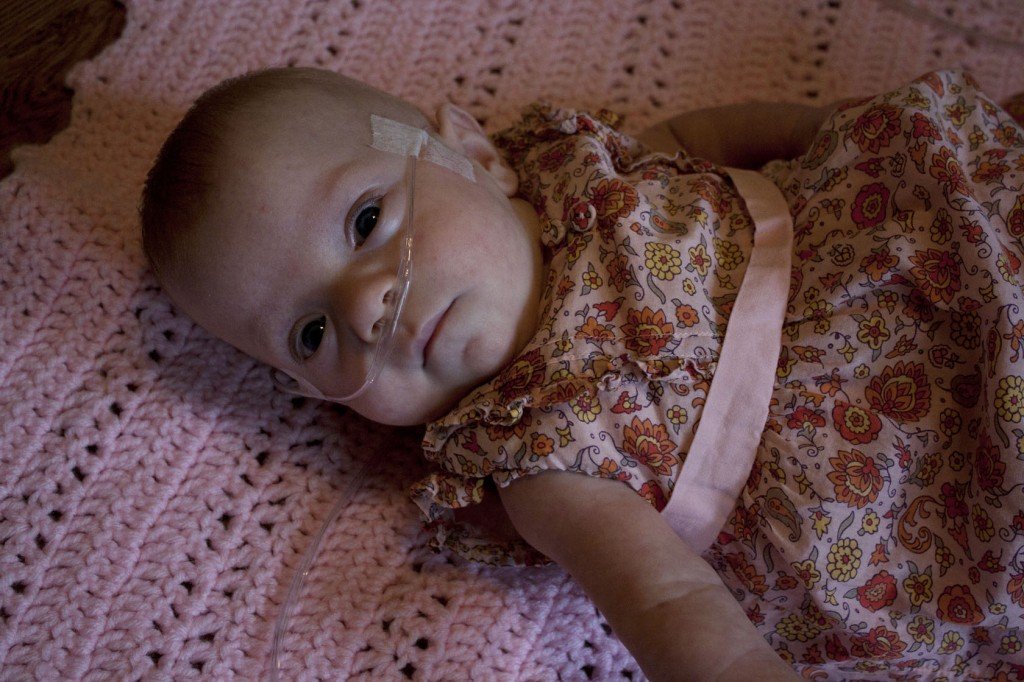 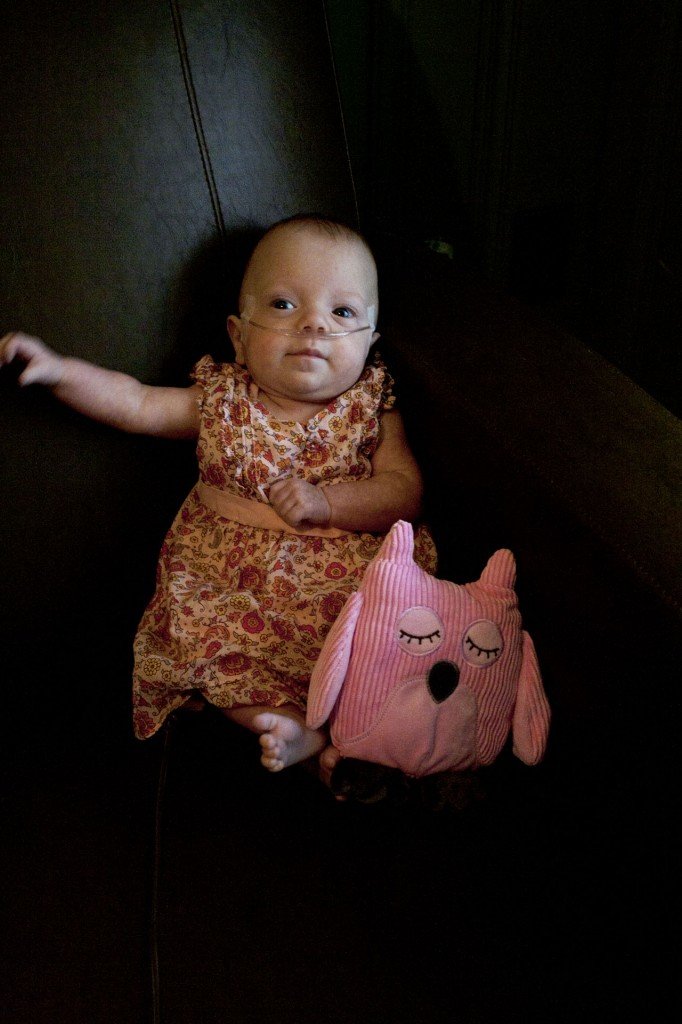 We’ve been getting some more real smiles these days, which is really nice.  Here is KIND of one.  She was about halfway there. 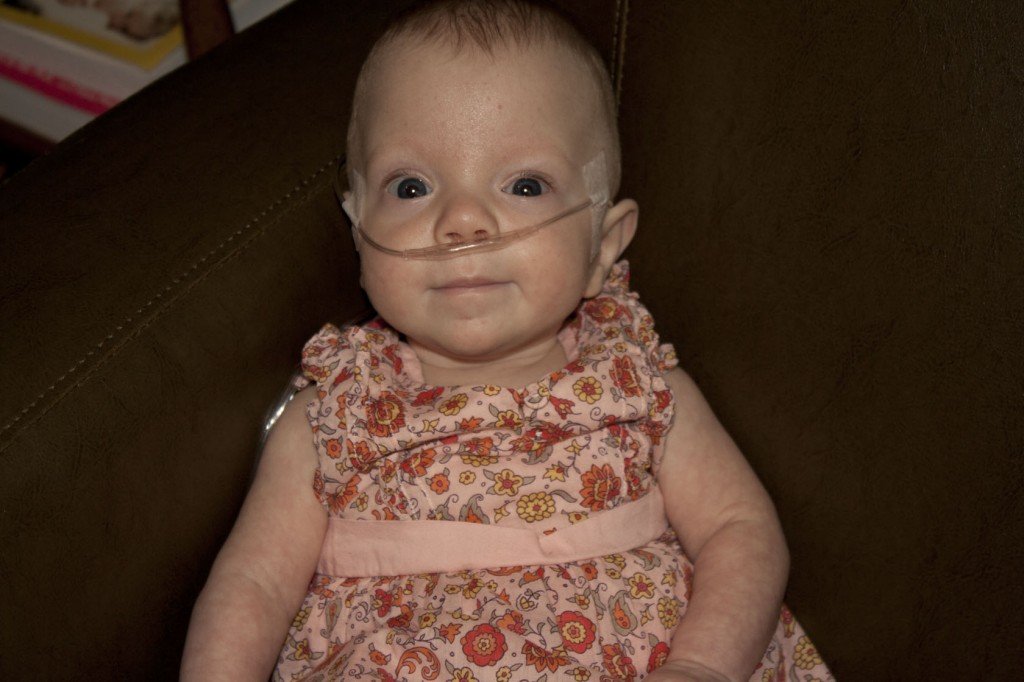 Just a little note, if you’re an NPR fan you might have heard or at least heard of Radiolab.  It’s a pretty awesome show, and last week they did a show on micropreemies, specifically the moral implications of trying to save a 23/24 weeker.  It’s an amazing story of a baby born down in Florida at 23 weeks and 6 days.  She was two weeks earlier than Coraline was, but around the same size.  It’s a great description of life in the NICU and the situation that the families of very early babies are dealing with.  I love Radio Lab.  Give it a listen if you’re just hanging out:  Radiolab link