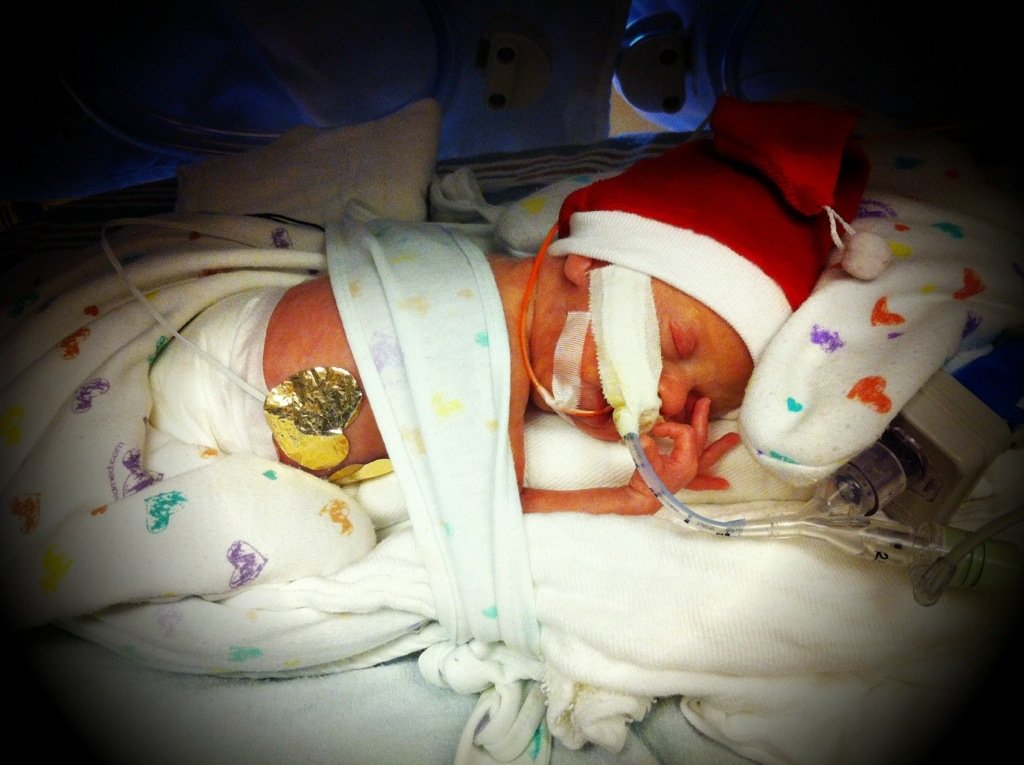 We’ve had a busy 5 weeks, but most of the details have been in a facebook group until now. Here’s the recap:

We were expecting our first child to be born on March 3rd 2013. About 5 weeks ago Erin started having some pain and discomfort which we originally thought might be gallstones or something similar. Once that didn’t go away we ended up at the hospital, and it was a good thing too! What we thought might be gallstones ended up being HELLP Syndrome and Pre Eclampsia. Erin was sick enough that we h no choice but to have an emergency c-section at 25 weeks and 6 days. So that happened.

Everything went well, Erin was soon on the mend, and we went from having 3 months of pregnancy left to having a 1lb 1 oz daughter in the NICU. Coraline is a precious, fragile little thing who keeps on growing! We generally hang out in the NICU as much as we can while the amazing nurses and staff keep a close eye on her. I’ll probably fill in some gaps later now that we have this public space for non facebookers to catch up.

Coraline started at 490 grams on Nov 20. On Christmas eve she is 890 grams. She’s had a few transfusions and has bounced between several breathing machines while she continues to work on being less tiny.

Our friends and family have been amazing since this all came about… we’ve been so lucky to receive a steady stream of help with the house, food, gift certs for dinner, and countless positive wishes for us.

We always intended to transition this site from our wedding planning site to a more general site which would cover our house projects, and now that all of this has happened I’ll probably begin making some project pages that we need to knock off before Coraline comes home.