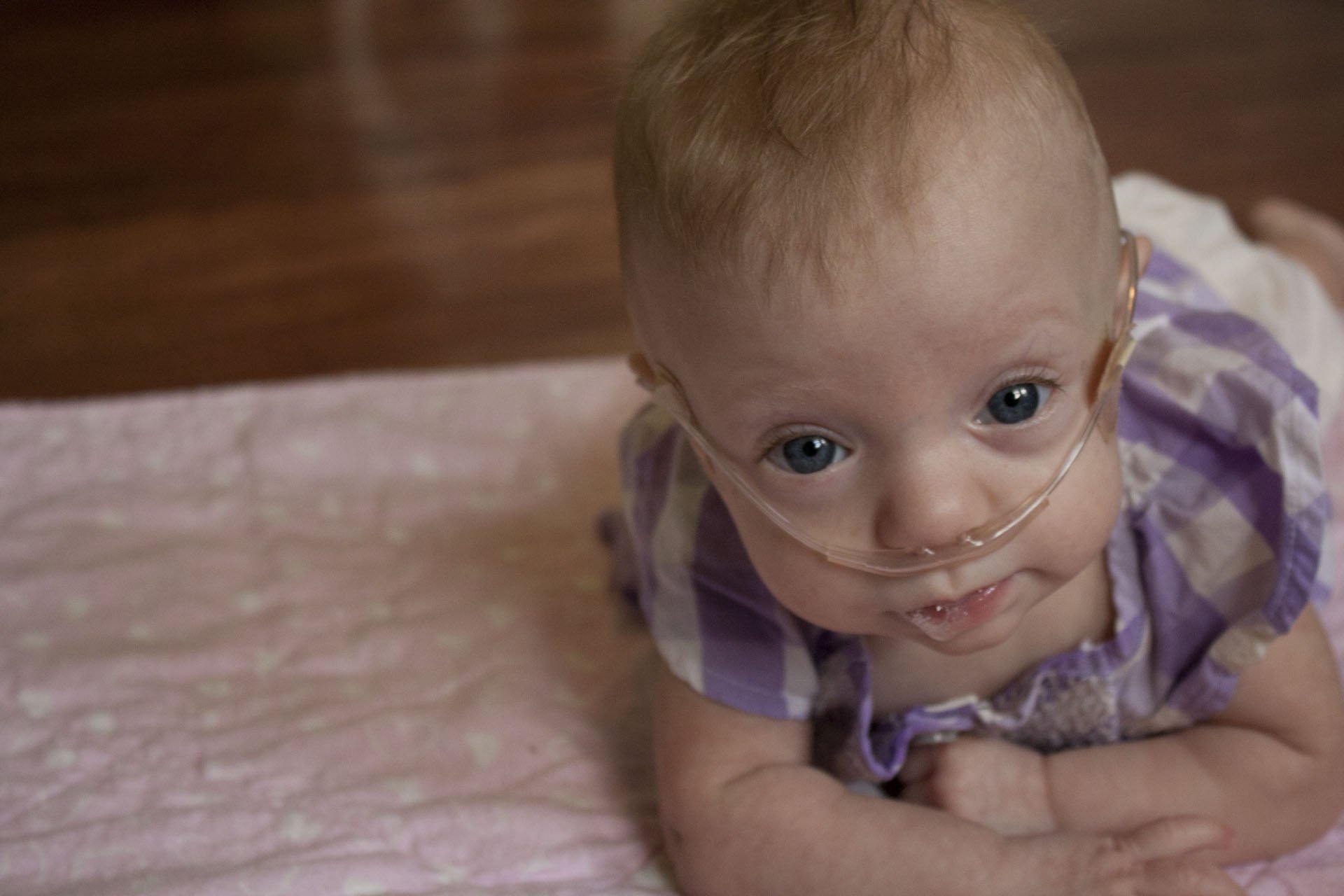 This past week has been a much better one.  Coraline actually gained 4 ounces instead of the 1-2 she had been gaining for the month or two prior to that.  She is now 10 lb 14 oz.  I’m guessing if things continue she’ll finally be at least 11 pounds this next visit.  She has been eating much better (other than a slight hiccup yesterday) and has been less fussy in the evenings which is SO nice.

We went to see a nutritionist/dietician who saw Coraline weekly when she was in the NICU.  We discussed our concerns with her fortifying formula and she switched us to one that is more broken down and lactose free to see if that helps.  We started it two days ago.

While we were at the hospital we got to visit with some of her nurses in the NICU and her speech therapist!  We had a lovely visit even though she didn’t give hardly ANY smiles.  Sadly, just minutes prior she was chuckling all over the place in the dietician’s office.

She has started rolling over quite a bit.  If you put her on her belly for tummy time, it doesn’t last long cause she can roll herself right over.  If she’s on her back…she almost always ends up on her side to look at whatever is next to you.

A neighbor brought over an ExerSaucer that her daughters used.  Coraline loves it.  She’s a little short for some of the fun stuff, but she enjoys being so upright.

She loves laughing at both of the animals.  Both animals are still wary of her, especially the cat.

She has her fingers in her mouth ALL the time.  I’m worried she’s gonna start gagging herself.  She gets pretty far back there.

I got to get into her 3-6 month clothes bin to start pulling stuff out.  Her 0-3 months clothes are getting a LITTLE short.  We’re kind of at an in-between stage right now.

And now for photo shoot: 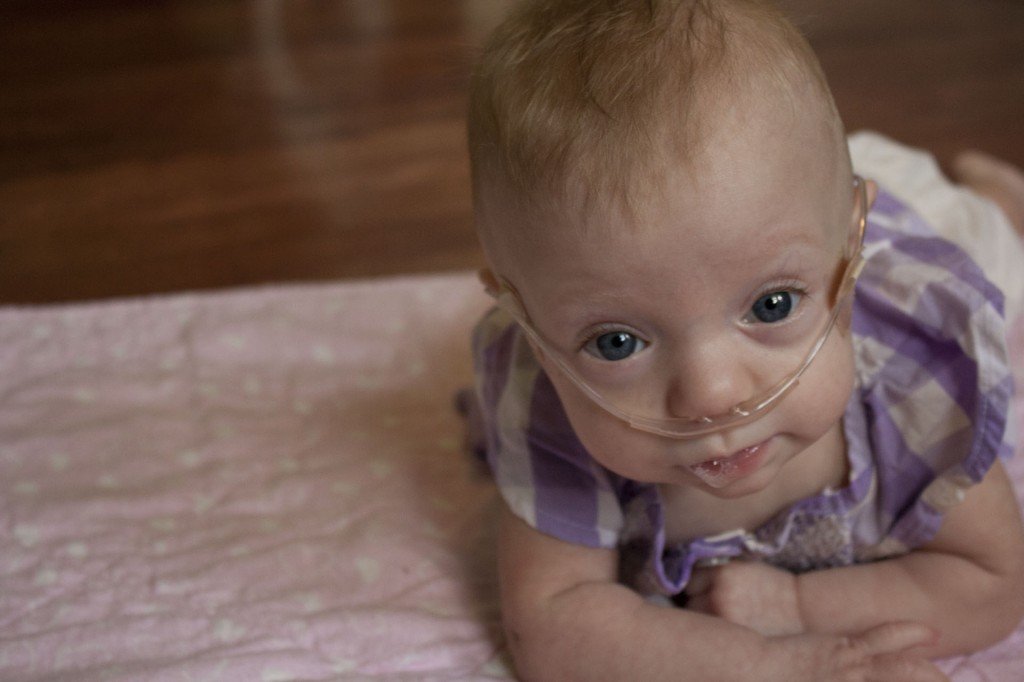 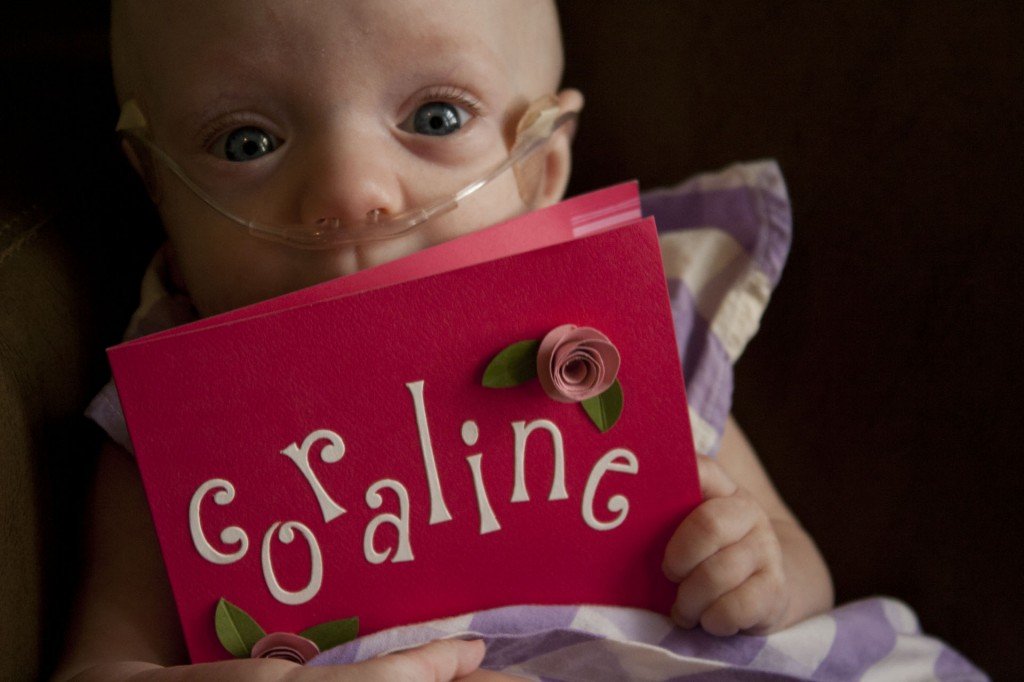 That’s my name! Don’t wear it out! 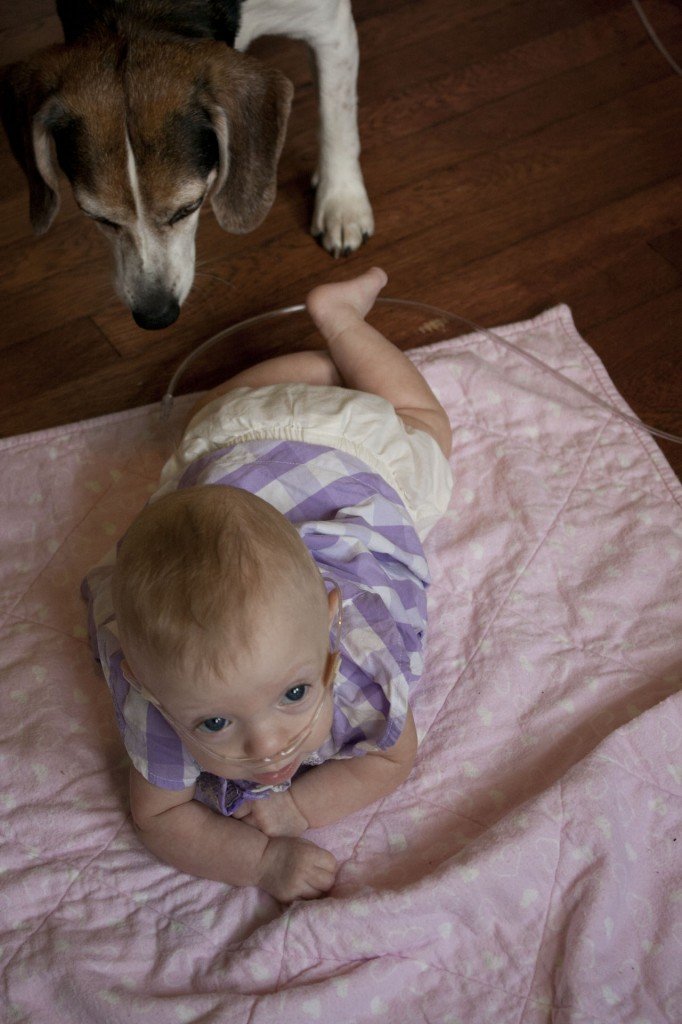 King checking out Coraline. Never sure what to do with her. 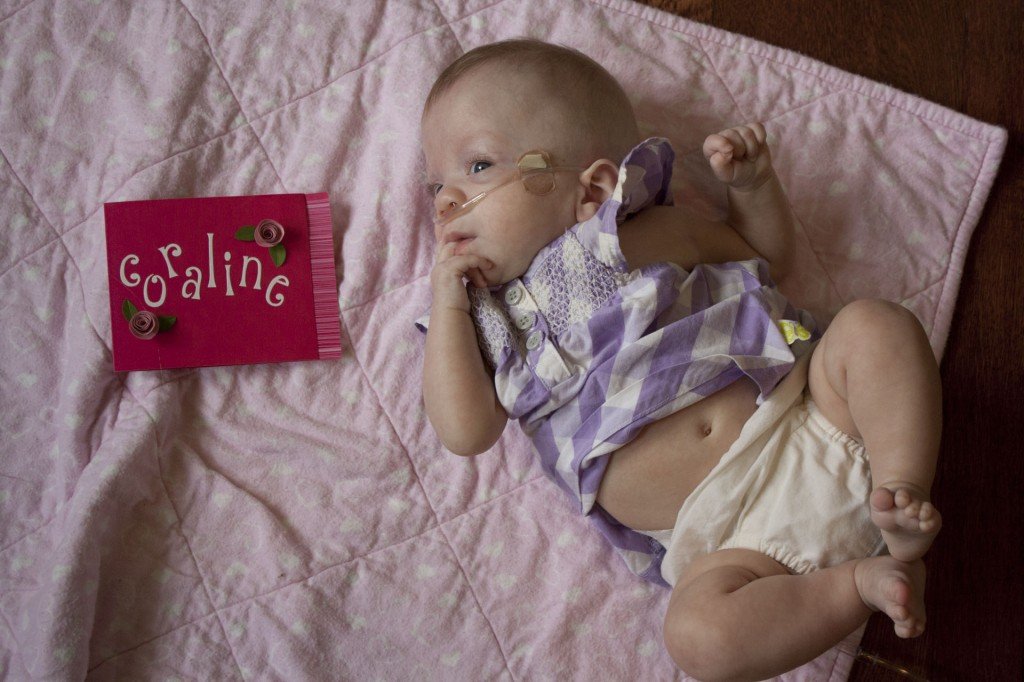 Classy lady. Rolled herself over and pulled up her dress. Nice.