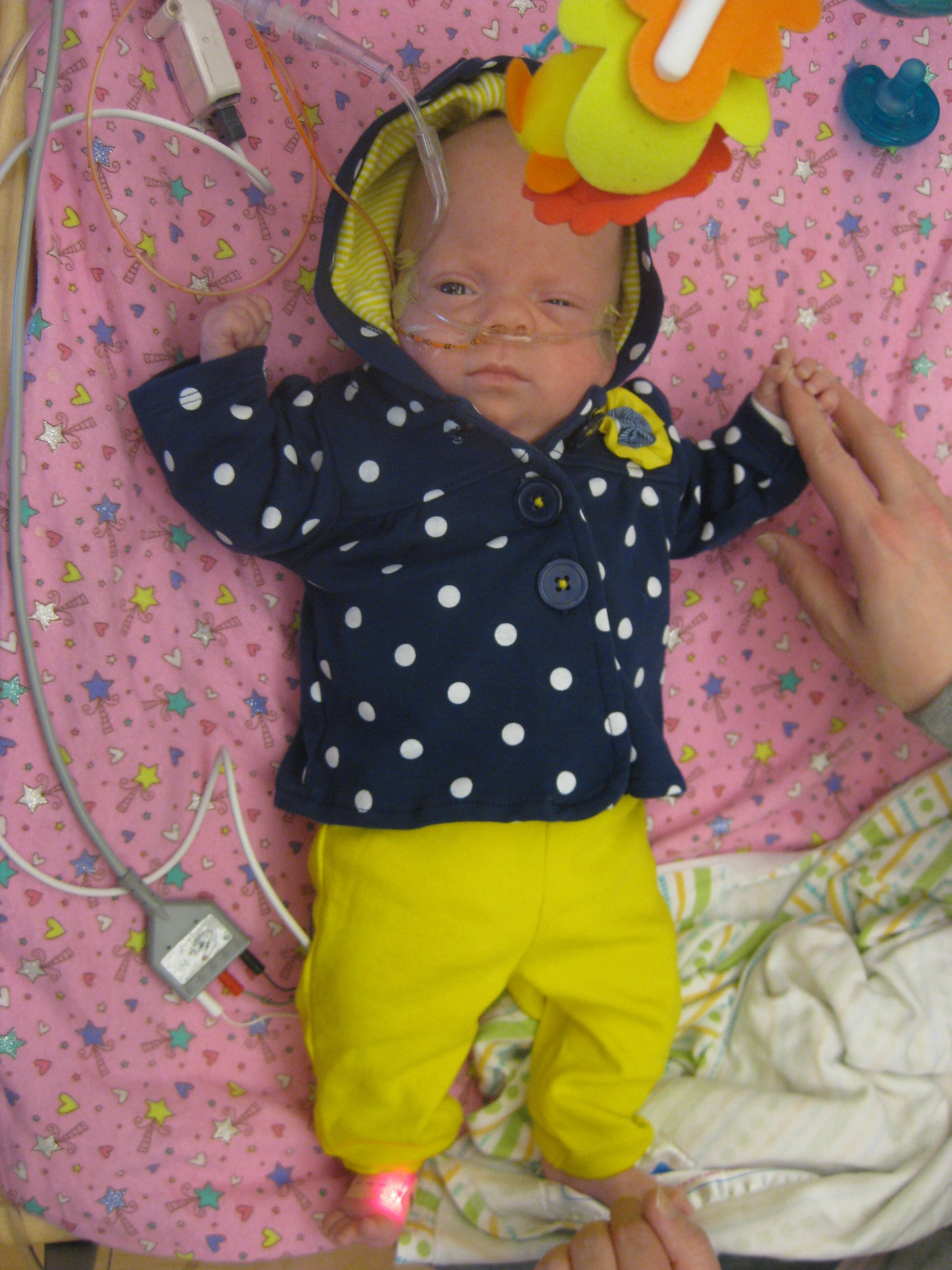 So we had our first 100 days in the NICU!  Crazy.  Her primary nurses put on quite the little event for her special birthday and even decorated her room.  She got lots of great little gifts:  clothes (including some new IU wear), puzzles, a keepsake box, a lovely little wall decoration, baby silver spoon and fork, a puzzle, rattle, and new book.  Then the parents got to have cake with the nurses and some family who were able to stop by.

Note the hilarious cupcake pinata in the picture that someone suggested we use for her first birthday (filled with mini bottles of hand sanitizer). 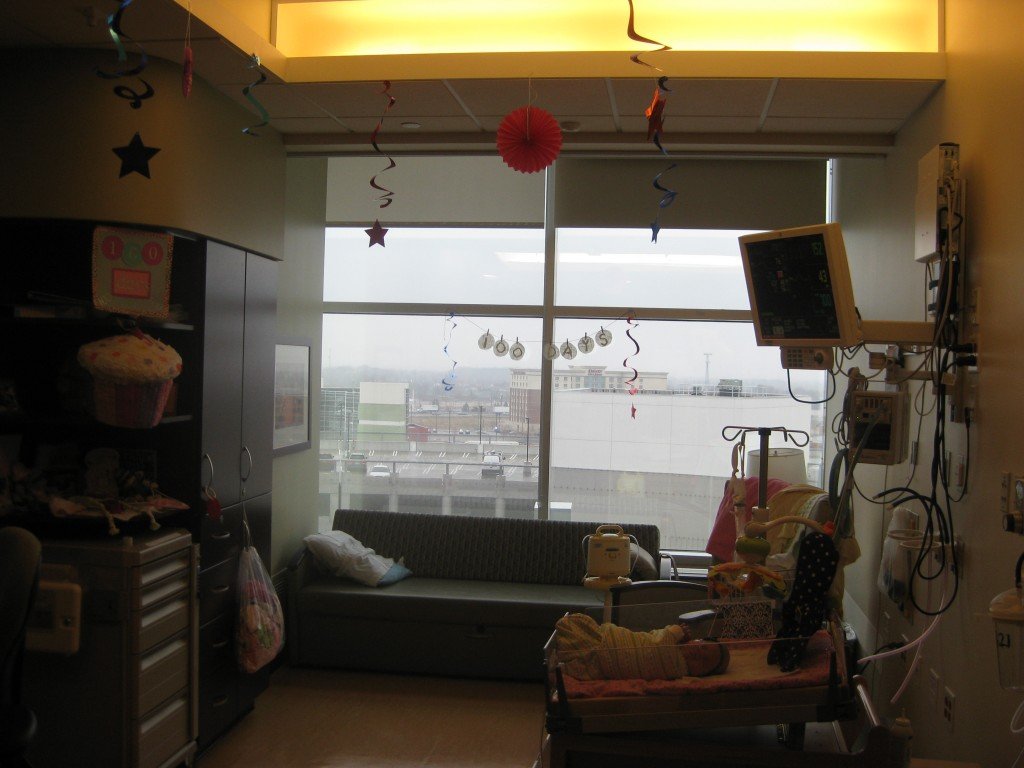 The new trick we have to learn is how to eat.  This is the next big obstacle to coming home.  Who knew that eating would be such a challenge.  Turns out she is a smart baby.  And a smart baby is a lazy baby.  If she pretends that she’s SOOOOO sleepy and can’t bear to wake up during her feeding times she knows they’ll just put it in her stomach via tube.  It’s so much less work.  So we’ll give up on trying to feed her when she burrows into me and refuses to move.  We’ll put her back in her crib, and I kid you not…she smirks.  She knows.  This is a lazy trickster baby.  But she’s still very cute. 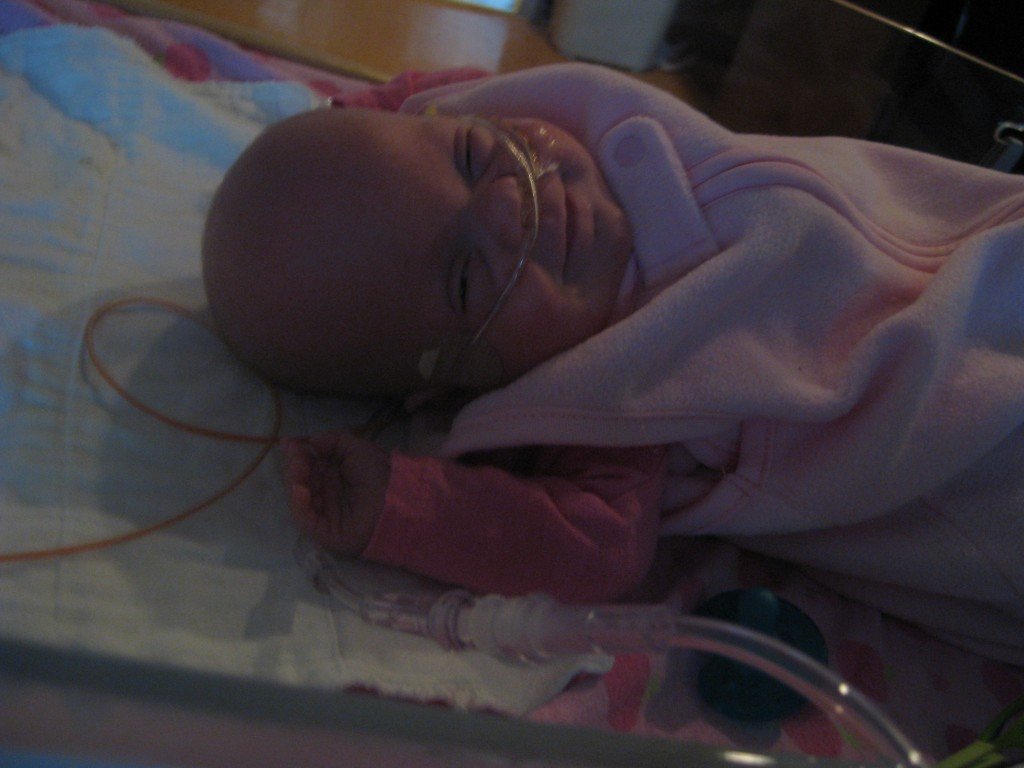 Coraline is getting so big.  She has grown out of all of her preemie clothes (save one outfit, which MUST have been labeled with the wrong size) and is almost growing out of her newborn clothes.  Her newborn diapers are definitely getting a little snug.  She is up to 7lbs 6oz.  One of her primaries thought that it was a shame some of these super cute clothes go to waste if she was going to grow out of them soon, so we’re making sure to try on the cutest stuff and then have little fashion events. 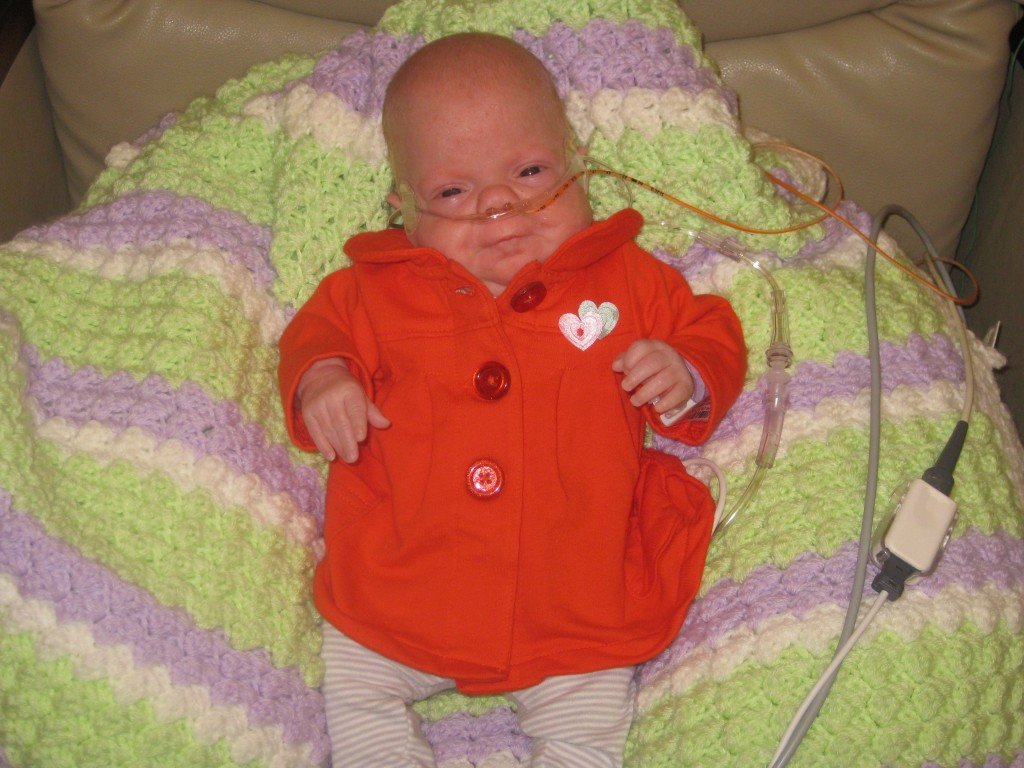 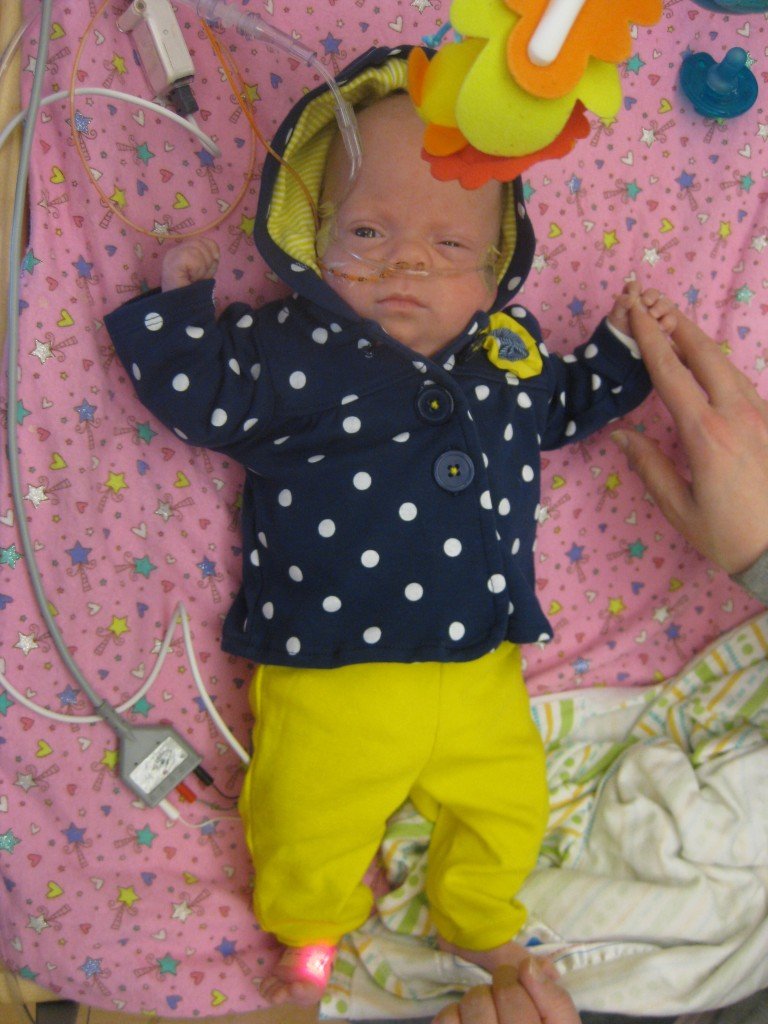 Who knew that any kid of mine would be a fashionista?

As for her health…

Lungs:  She is still on a one liter flow at 100%.  She never desats anymore unless she takes her cannula out to get a little oxygen treatment in her eyeballs.  I bet that feels nice.  Sounds like she will go home on oxygen (most likely) but my guess is that it will probably be at a lower flow than 1 liter.

Eyes:  Her ROP is stage 2 in both eyes, but is regressing in both eyes and her vessels are completely vascularized.  Woot!

General well-being:  She has still never gotten sick.  We are very grateful for that.

Size:  She is at close to the 50th percentile for where babies should be at her age, using her adjusted age (when she should have been born).  We like it!

Cuteness:  Off the charts.  Especially when she’s awake and engaged.  She’s kind of a doll.

What’s next?  Well, she needs to eat.  Currently we are working on au naturel but she will be starting on trying a bottle this weekend…adding it to the mix.  We don’t want her going home on a feeding tube.  When she does eat she seems to do pretty good.  She doesn’t choke or have an issue coordinating breathing with eating.  Lots of preemies have an issue sorting that all out.  She also has a groove on the roof of her mouth that is almost like a cleft.  This was caused by her vent tube being in there for so long as her palate was developing.  This makes it harder sometimes for babies to get a good suck going, but she seems to have that down as well.  Hopefully she’ll just be here a couple more weeks.