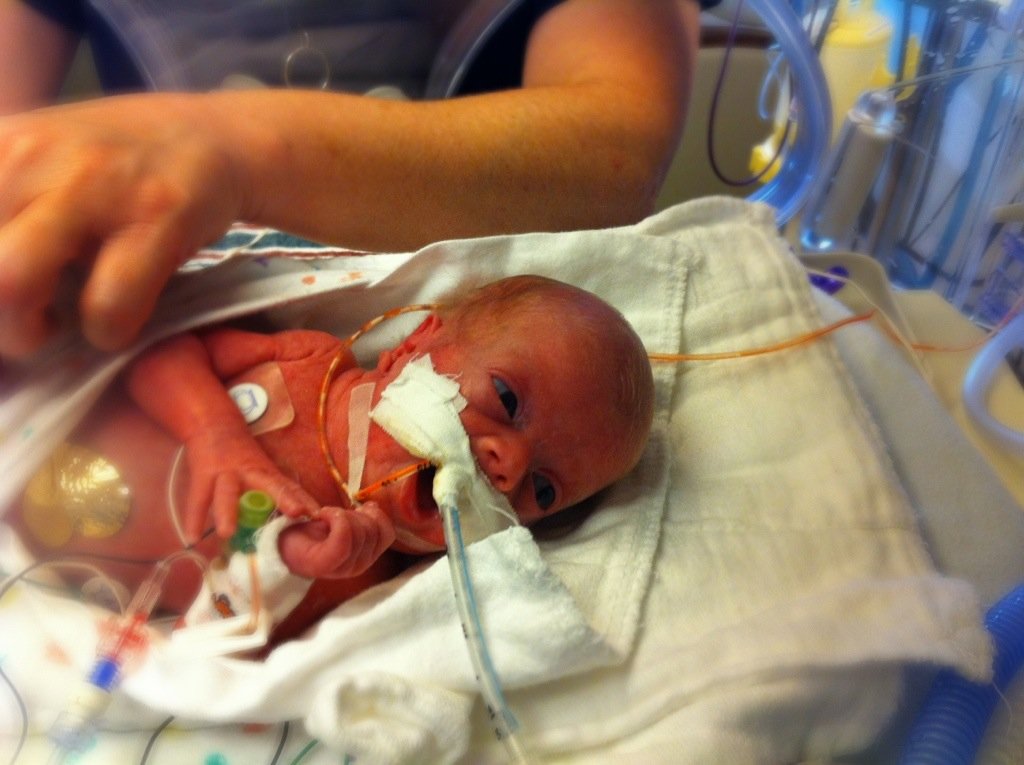 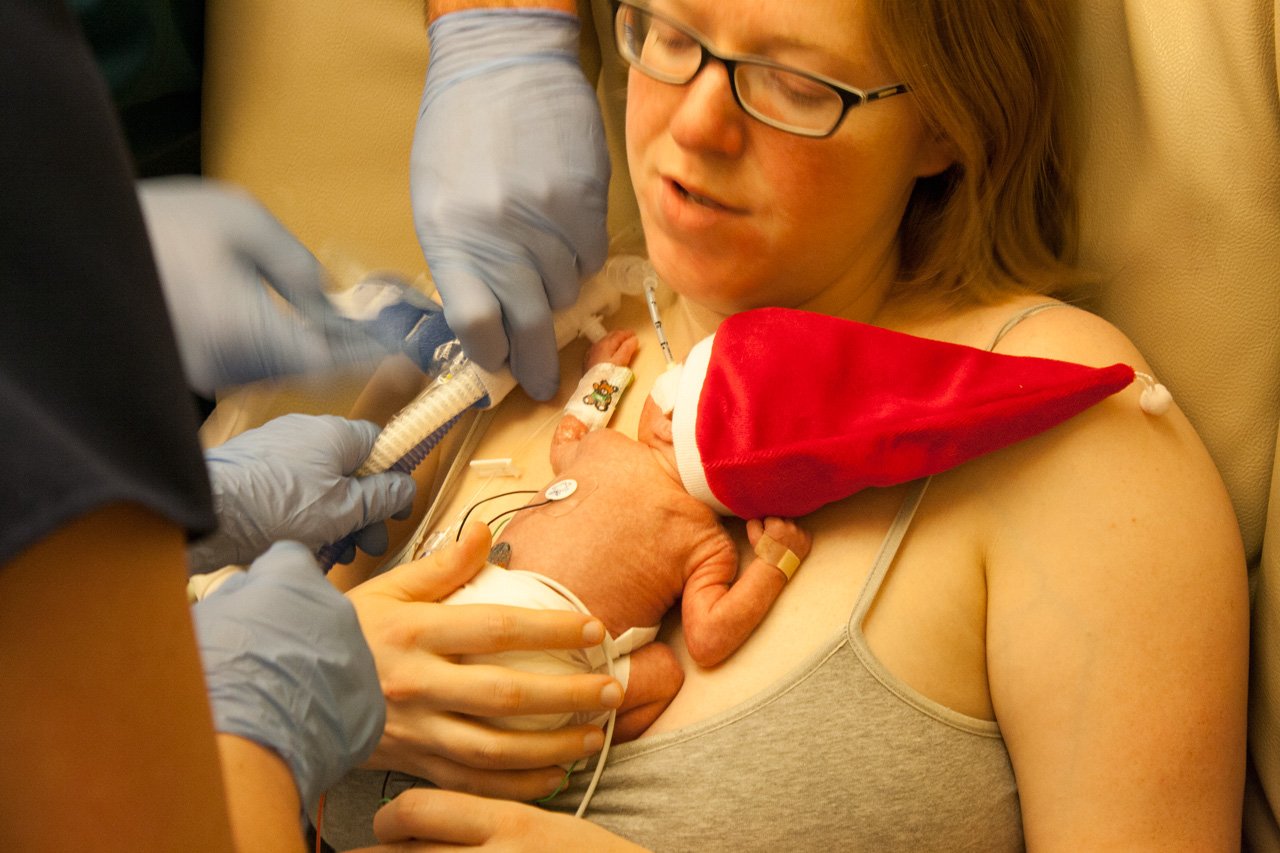 We had a great Christmas with Erin’s family this morning, and have been spending some time with Coraline since then.

She is good today! Same old with the leaky seal, desats every once in a while. She is handling larger feedings ( and their :ahem: disposal) quite well. She looks bigger every time we are here and her blonde hair is growing!

We opened a gift left for us by a parent who had a preemie in this room 4 years ago over Christmas. The card and gift were very touching.

A blizzard is supposed to roll in tomorrow and I’m not sure if we will be able to make it here to visit. We shall see. 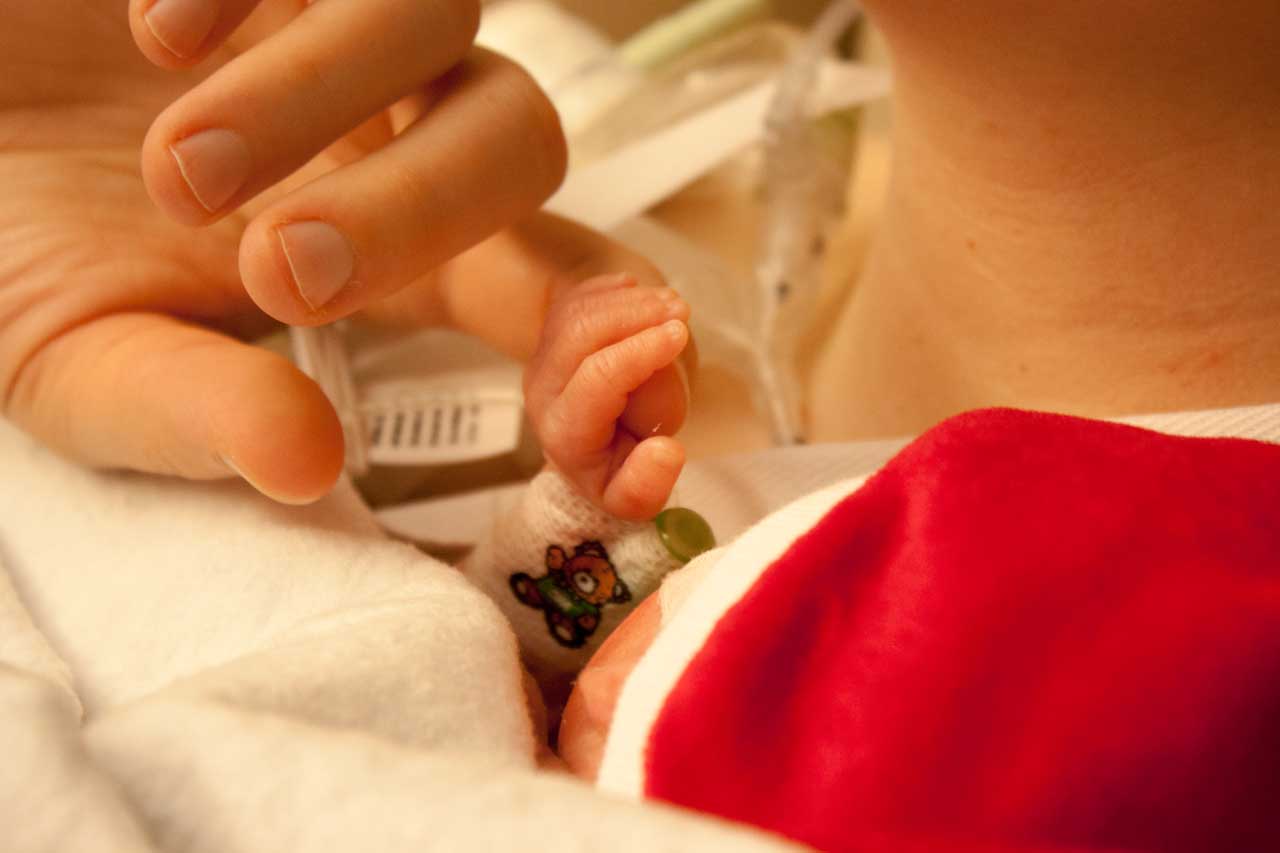